Name: Aadhya No. of characters: 6 Gender: Girl Origin of Aadhya: Sanskrit
Religion: Hindu How to pronounce Aadhya aa-dhya What does my name mean? Meaning of Aadhya: Beginning, First Power, At the Beginning, Goddess Durga

Other names similar to Aadhya, for would be moms: The gender-neutral name Yahya meaning "God is Gracious or To Give Someone a Long Life" has its roots in Hebrew and Arabic with similar -hya ending which happens to be the name of Prophet Yahya. Finland and India are among the countries where the name is pretty commonly accepted. The recent baby girl name Aadrika, primarily used in Gujarati, Kannada and Sindhi that means "Goddess, Mountain or Celestial or Mountain". Lisl is unheard-of name that originated from Hebrew used as a girl name. Baby girl name Nadhyra, Nadhyra is variant form of Nadhira which of Arabic origin while Kittie is originated from Old Greek, Kittie is short form of Karine used for girls. In 1899, lofty Kittie ranked 565 on the list of baby Girl names.

Expression number of Aadhya is 22.

Aadhya are persistent and possess leadership abilities. Aadhya dream big and so are their achievements in real world. Aadhya can transform any idea into reality which make them a master builder equipped with ingenuity and innovation.

Aadhya is the latest addition to girl names first appeared in 2007 when 10 babies had Aadhya as their first name, the baby name went as low as 9 in 2008. At peak, Aadhya was given to 290 (0.015%) girls in 2017 specifically in California where 50 babies were named Aadhya after continuous rising. After it's 10 years long run, Aadhya is currently rising in the chart. 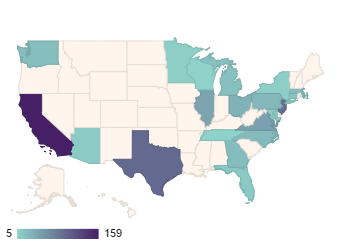