Name: Abdalla No. of characters: 7 Gender: Boy Origin of Abdalla: Arabic
Religion: Muslim How to pronounce Abdalla a-bda-lla What does my name mean? Meaning of Abdalla: Servant of God

Abdalla is a rare first name for a boy in England & Wales which is a rare name since 1999 and ranked 2079 in 2014. Only 143 people have Abdalla as their first name. Abdalla is a very consistent name over the past 18 years.

Abdalla is a rare first name for a boy in United States which is a rare name since 1973 and ranked 919 (0.000303% bearer) in 2015 in US. Only 269 people have Abdalla as their first name. Abdalla is not a native United States and Abdalla may be came from another language or is a short form of some other name. 0.000075% of people in US have this given name.

Expression number of Abdalla is 6.

Abdalla have a great affection towards creativity, beauty and domestic activities of life. Abdalla are trustworthy, honest and behave responsibly. Abdalla have tendency to sacrifice their needs for others'.

The boy name remained continuously rare and the baby name went as low as 5 in 1992 after first appearing in 1973 when 5 babies had Abdalla as their first name. At peak, Abdalla was given to 19 boys in 2007 after continuous rising. After it's 44 years long run and 4 instances of disappearance, Abdalla is currently rising in the chart. 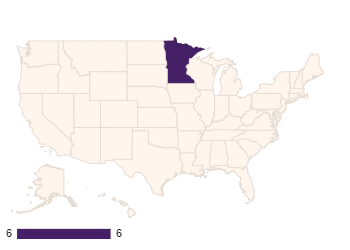