Name: Abdallah No. of characters: 8 Gender: Boy Origin of Abdallah: Arabic
Religion: Muslim How to pronounce Abdallah ab-dal-lah, abd-all-ah , What does my name mean? Meaning of Abdallah: Servant of Allah, The Servant of God, God's Servants, The Elements Abd Which Means Servant

Abdallah was ranked 846 in 2018 US male names list and elevated by 1.17% from its previous ranking of 856 in 2017. Name of Quranic origin. Means "God's servant". Unpredictable, confusing,Abdallahare difficult to follow. Intelligent, quick, these are go-getters. Abdallah like to take responsibility. Tireless workers,Abdallahalso know how to take time to live. These are good live their hours. Abdallah like to withdraw into solitude to recharge.

Abdallah is a rare first name for a boy in United States which is a rare name since 1976 and ranked 875 (0.001413% bearer) in 2015 in US. Only 1129 people have Abdallah as their first name. Abdallah is not a native United States and Abdallah may be came from another language or is a short form of some other name. 0.000316% of people in US have this given name.

Expression number of Abdallah is 5.

Abdallah love adventure, excitement and freedom. Abdallah are clever, quick-witted and unusually adaptable. Abdallah are capable of doing anything they wish for.

The boy name first appeared in 1976 when 5 babies had Abdallah as their first name, the baby name went as low as 5 in 1983. At peak, Abdallah was given to 60 (0.003%) boys in 2016 after continuous rising. After it's 41 years long run and single instance of disappearance, Abdallah is currently rising in the chart. 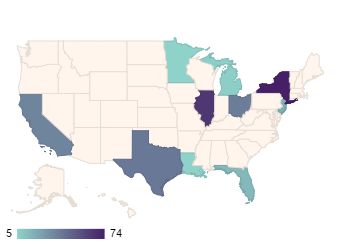