Baby name Abdul is of Arabic origin meaning "servant of God" and derived as a compound name which consists of the Arabic word Abd meaning "Servant" and the definite prefix al / el meaning "the". This was the name of the father of the Prophet Mohammed as well as one of his sons. A famous bearer of the name is Abdul "Duke" Fakir (born 1935) who is an American singer and famous for serving as a founding member from 1953 to the present day of the Motown act the Four Tops. Another notable bearer of the name is Abdul Vas (born 1981) who is a Venezuelan artist. Muhammed Abdul is also a character name in JoJo's Bizarre Adventure 'Stardust Crusaders'.

Abdul is a very very popular first name for a boy in England & Wales which is popular since 2003 and ranked 182 in 2014. Around 5260 people wear Abdul as their first name. Abdul is a very consistent name over the past 18 years.

Looking for names similar to Abdul? Please go through the following names: Cordelle has its origin in Middle and English used for both boys and girls which is creative and adventurous name. Rujoul has its origin in Sanskrit is a boy name. Rujoul is variant of Rujul with similar -ul ending while Rhodas origin is Greek and Old Greek, Rhoda is form of The Greek Name ‘Ροδη in Latin language, a unisex name. Well-Liked Rhoda ranked at 196 position in 1888 among girl names. Meaning of Abdulrehman is One who Serves a Merciful Man, a baby boy name which is dominantly used in Arabic. Meaning of Abiram is My Father is Exalted and a boy name has its origin in Hebrew. India is among the countries where the name is pretty eminent.

Expression number of Abdul is 4.

Organizing and managing qualities are possessed by Abdul. By systematic and methodical approach Abdul turns their dream into reality. Abdul are extremely sincere and honest.

The classic boy name first appeared in 1930 when 7 babies had Abdul as their first name, the baby name went as low as 5 in 1937. At peak, Abdul was given to 157 (0.008%) boys in 1975 specifically in New York where 29 babies were named Abdul after continuous rising. After it's 87 years long runand 6 instances of disappearance, Abdul is currently rising in the chart. 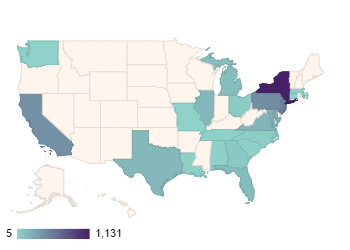