Name: Abid No. of characters: 4 Gender: Boy Origin of Abid: Unknown
How to pronounce Abid a-bid What does my name mean? Meaning of Abid: Worshipper of Allah, Spark of Fire, Worshipper of God, Who Adores God, Worshiper of God

Abid was ranked 910 in 2018 list of US boys name and dropped by 1.11% from its previous ranking of 900 in 2017. Name of Quranic origin. Means "God who loves". These are fighters, enthusiastic nature ambitious,Abidlike order. Curious, he is interested in everything that happens in the world. Sensitive, likely,Abidsometimes lack composure. Dynamic, a little "touch everything",Abiddo not keep up. Player temperament,Abidare ready to meet any challenge.

Expression number of Abid is 7.

Abid likes to research and reason to know the answers of hidden questions as Abid are gifted with an analytical mind. Abid are always on the quest for knowledge and wisdom and loves being alone.

The boy name remained continuously rare and the baby name went as low as 5 in 1996 after first appearing in 1978 when 5 babies had Abid as their first name. At peak in 2006, Abid was given to 16 boys after continuous rising. Abid had a 39 years long run and 5 instances of disappearance. 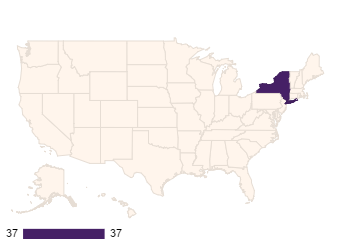