Name: Adessa No. of characters: 6 Gender: Girl Origin of Adessa: Unknown
How to pronounce Adessa a-de-ssa What does my name mean? Meaning of Adessa: Ruler of the House, Short Form of Henrietta, Generous, Female Version of Henry, Moon, Fame, News, Ethiopian, One who is Famous, Welcoming, Hospitable, Power of Zeus, Belonging to Zeus, Guest, Stranger, Woman, Beautiful Ornament, Lump of Earth, Father, My Father is Light, Father in Rejoicing

Expression number of Adessa is 4.

Organizing and managing qualities are possessed by Adessa. By systematic and methodical approach Adessa turns their dream into reality. Adessa are extremely sincere and honest.

The girl name remained continuously rare, the baby name went as low as 5 in 1983 after first appearing in 1980 when 5 babies had Adessa as their first name. At peak, Adessa was given to 22 girls in 2007 after continuous rising. After it's 37 years long run and 3 instances of disappearance, Adessa is currently rising in the chart. 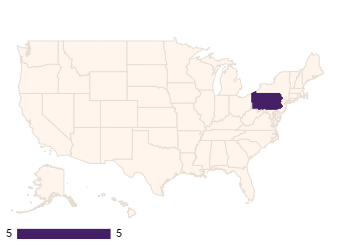