Name: Adrea No. of characters: 5 Gender: Girl Origin of Adrea: Unknown
How to pronounce Adrea a-drea What does my name mean? Meaning of Adrea: Woman from Hadria, From Hadria, Purity and Love

Adrea is a rare first name for a girl in United States which is not even used by anyone since 2014. Only 715 people have Adrea as their first name. Adrea is not a native United States and Adrea may be came from another language or is a short form of some other name. 0.000200% of people in US have this given name.

Looking for names similar to Adrea? Please go through the following names: Smokea is variant of Smokey is a boy name, originated from English with similar -ea ending. Appeals toModernistic moms, the unexpected choice Pavin used for baby boys and is used specifically in Marathi and Oriya while Kriss origin is Old Greek and Latin, a gender-neutral name. It means "Disciple of the Christ or Nickname of Names Beginning with - Kris" which is also the name of Author Kris. Admired in United States, Iceland and Denmark. Celebrated on November 12th. In 1985, customary Kris ranked 920 among baby boy names. Meaning of Adien is Beautiful. Its origin is in Welsh and a gender-neutral name. Casanndra is variation of Cassandra and a baby girl name. It is rooted from Old Greek.

Expression number of Adrea is 2.

Adrea are diplomatic, sensitive and kind. Adrea act as peacemaker and their intent is to make a balance among things. Adrea likes to make friends and follow their intuition.

The girl name first appeared in 1943 when 6 babies had Adrea as their first name, the baby name went as low as 5 in 1949. At peak in 1982, Adrea was given to 32 girls after continuous rising. Adrea had a 74 years long run and 7 instances of disappearance. 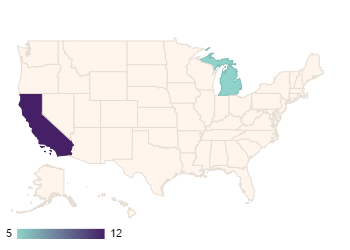