Name: Aisha No. of characters: 5 Gender: Girl Origin of Aisha: Arabic American
Religion: Hindu Muslim How to pronounce Aisha ai-sha What does my name mean? Meaning of Aisha: Alive

The name came from the Arabic name 'Aisha' meaning 'she who lives' or 'womanly' which was derived from the word 'Asha' meaning 'to live'. It possibly also means 'life' in 'Swahili'. The name is also often linked to the moon goodness. The name was initially borne by Abu Bakr's daughter and the third, most favourite wife of Prophet Muhammad. After the prophet's death, she went to war against Ali, the fourth caliph, but was defeated. Another famous bearer of the name was, Princess Aisha, the daughter of Hussain, the King of Jordan. Thereafter, the name became common in America.

Aisha is a very very popular first name for a girl in England & Wales which is popular since 1996 and ranked 76 in 2014. Around 9091 people wear Aisha as their first name. Aisha is a very consistent name over the past 18 years.

Expression number of Aisha is 2.

Aisha are diplomatic, sensitive and kind. Aisha act as peacemaker and their intent is to make a balance among things. Aisha likes to make friends and follow their intuition.

Popularity of Aisha Updated on: May 29th, 2019
How to choose a name for your baby
Other variants of Aisha :Ayşe 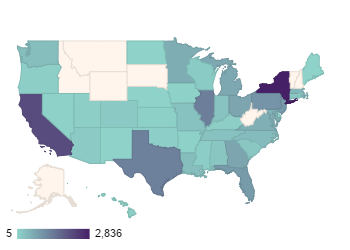