Name: Aleasha No. of characters: 7 Gender: Girl Origin of Aleasha: Unknown
How to pronounce Aleasha a-lea-(s)ha, al-ea-sha , What does my name mean? Meaning of Aleasha: Noble, Female Version of Albert from the Old German, Bright, Noble Famous

Aleasha is a rare first name for a girl in England & Wales which is a rare name since 1996 and ranked 5691 in 2014. Only 149 people have Aleasha as their first name. Aleasha is a very consistent name over the past 18 years.

Aleasha is a rare first name for a girl in United States which is not even used by anyone since 2014. Only 968 people have Aleasha as their first name. Aleasha is not a native United States and Aleasha may be came from another language or is a short form of some other name. 0.000271% of people in US have this given name.

Expression number of Aleasha is 2.

Aleasha are diplomatic, sensitive and kind. Aleasha act as peacemaker and their intent is to make a balance among things. Aleasha likes to make friends and follow their intuition.

The girl name first appeared in 1963 when 7 babies had Aleasha as their first name, the baby name went as low as 5 in 2008. At peak, Aleasha was given to 52 (0.003%) girls in 1987 after continuous rising but just came and gone from the chart after 5 instances of disappearances durning 43 years. 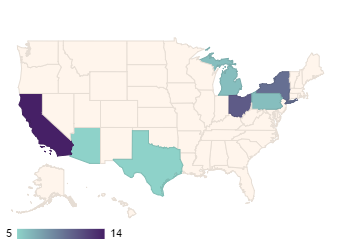