Aleesha is a rare first name for a girl in England & Wales which is a rare name since 1996 and ranked 1628 in 2014. Only 987 people have Aleesha as their first name. Aleesha is a very consistent name over the past 18 years.

Expression number of Aleesha is 6.

Aleesha have a great affection towards creativity, beauty and domestic activities of life. Aleesha are trustworthy, honest and behave responsibly. Aleesha have tendency to sacrifice their needs for others'.

The girl name first appeared in 1970 when 7 babies had Aleesha as their first name, the baby name went as low as 6 in 1971. At peak, Aleesha was given to 90 (0.005%) girls in 1992 after continuous rising. After it's 47 years long run and single instance of disappearance, Aleesha is currently rising in the chart.

Updated on: May 29th, 2019
How to choose a name for your baby
Other variants of Aleesha :Kalisha Talisha Adalheidis Adelais Adela 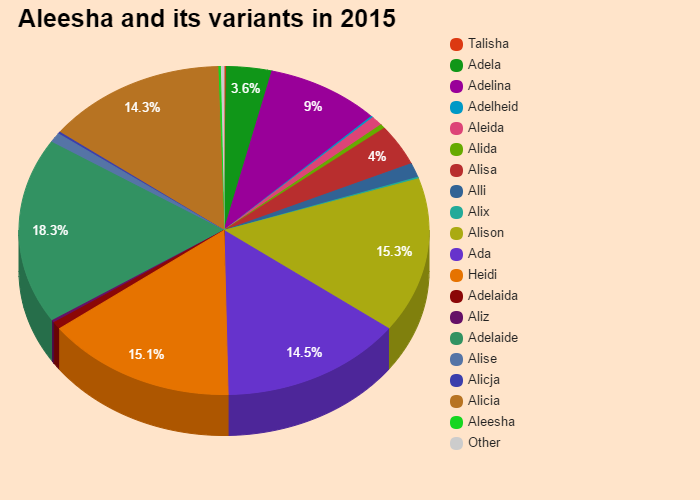 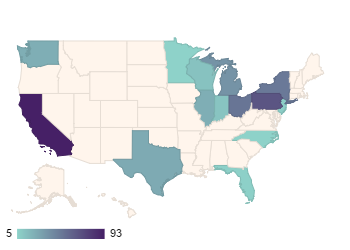