Name: Allard No. of characters: 6 Gender: Boy Origin of Allard: Unknown
How to pronounce Allard a-lla-rd What does my name mean? Meaning of Allard: Brave, Highborn and Courageous, Noble and Steadfast

Allard is a rare first name for a boy in United States which is not even used by anyone since 1959. Only 244 people have Allard as their first name. Allard is not a native United States and Allard may be came from another language or is a short form of some other name. 0.000068% of people in US have this given name.

Other names similar to Allard, for name hunters: Baby girl name Shreeta is anomalous name. Meaning of Alldred is Old Counsel dominantly used in English and a baby boy name with same prefix All-. The Helarabi which means "Arabic Par Excellence". It is rooted from Arabic while Denise is feminine variant of Dennis, a gender-neutral name which of Old Greek origin is also the name of Journalist Denise. In United States and Sweden, the name is quite a bit frequently used. Celebrated on May 15. Preeminent name Denise elevated to 52nd position on baby girl chart in 1974. Hulbard is originated from Germanic used for boys. Hulbard is form of Hulbert.

Expression number of Allard is 3.

Allard are lively, imaginative, enthusiastic and optimistic. Allard are expressive and inspire others wherever they go. Allard possess great verbal skills which make them good comedian, artist or writer.

The classic boy name remained continuously rare and the baby name went as low as 5 in 1947 after first appearing in 1915 when 8 babies had Allard as their first name. At peak, Allard was given to 14 boys in 1917 after continuous rising but vanished from the chart after 7 instances of disappearances durning 32 years. 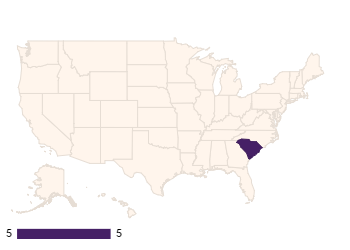