Name: Alyssia No. of characters: 7 Gender: Girl Origin of Alyssia: Old High German
How to pronounce Alyssia a-lyssia What does my name mean? Meaning of Alyssia: Truthful, Noble Sort, Variant of Alice, Of A Noble Ki

Alyssia was ranked 906 in 2018 US female names list and elevated by 0.66% from its previous ranking of 912 in 2017. Adelaide has the Germanic "Adal and Hild" Means: "noble" and "combat" If Day December 16. Intelligent, hyper-sensitive, their strong emotions can affect their balance Soft, subtle,Alyssiaare also stubborn and full of common sense. Tolerant, generous,Alyssiastrive to do good around them. Pedagogues,Alyssiaare attentive educators. Warm, cheerful nature,Alyssiapossess a profound sense of friendship and loyalty.

Alyssia is a rare first name for a girl in England & Wales which is a rare name since 1996 and ranked 473 in 2014. Only 953 people have Alyssia as their first name. Alyssia is a very consistent name over the past 18 years.

Expression number of Alyssia is 5.

Alyssia love adventure, excitement and freedom. Alyssia are clever, quick-witted and unusually adaptable. Alyssia are capable of doing anything they wish for.

The girl name first appeared in 1969 when 7 babies had Alyssia as their first name, the baby name went as low as 10 in 1971. At peak in 1998, Alyssia was given to 215 (0.011%) girls after continuous rising specifically in California where 30 babies were named Alyssia. Alyssia had a 48 years long run and an instance of disappearance.

Updated on: May 29th, 2019
How to choose a name for your baby
Other variants of Alyssia :Kalisha Talisha Adalheidis Adelais Adela 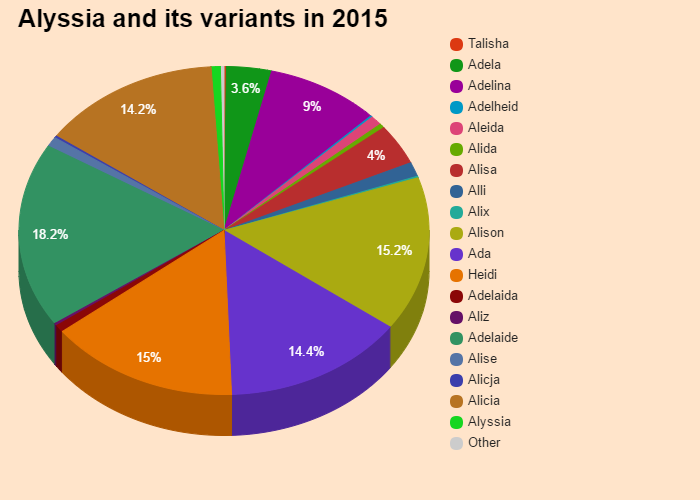 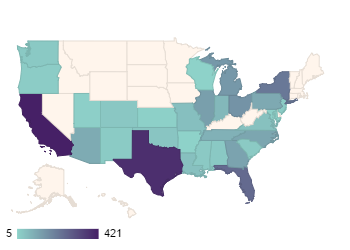