Name: Amaar No. of characters: 5 Gender: Boy Origin of Amaar: Arabic
Religion: Muslim How to pronounce Amaar a-maar What does my name mean? Meaning of Amaar: Noble Friend, Diminutive of Alvin, One who Prays Five Times and Fas

Other names similar to Amaar: Unisex name Mervyn and of Celtic and Welsh origin. Mervyn is a variation of Myrddin Musical Artist Mervyn is noteworthy namesake. Well-Known name Mervyn bagged 908th position among baby boy names in 1934. Gurkamal's meaning is Lotus of the Guru or Lotus of the Guru Submitted by Aman Singh, a baby boy name which is substantially used in Sikh and Punjabi. India is among the countries where the name is quite a bit well-liked. While Gender-neutral name Des that originated from Latin and Celtic that is queer name. The baby girl name Amryte, originated from French. Amryte is variant of Amrita with similar prefix Am-. Behars origin is Albanian. It means "Summer" used for boys.

Expression number of Amaar is 7.

Amaar likes to research and reason to know the answers of hidden questions as Amaar are gifted with an analytical mind. Amaar are always on the quest for knowledge and wisdom and loves being alone.

The boy name remained continuously rare and the baby name went as low as 5 in 2001 after first appearing in 1990 when 5 babies had Amaar as their first name. At peak, Amaar was given to 29 boys in 2012 after continuous rising. After it's 27 years long run and single instance of disappearance, Amaar is currently rising in the chart. 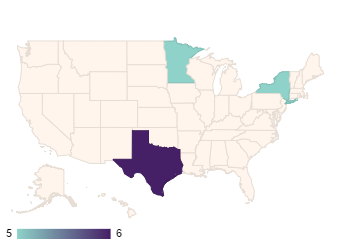