Name: Ambrose No. of characters: 7 Gender: Boy Origin of Ambrose: English
Religion: Hindu How to pronounce Ambrose a-mbro-se What does my name mean? Meaning of Ambrose: Immortal, Ever-living, Undying

Ambrose is used globally as a first name for boys. It is an unommon in England & Wales with only 151 bearers but Ambrose is consistently used over the past 18 years and ranked 1902 in 2015. In United States, the first name is showing a downward trend with infrequently falling into rare names category but still able to rank withing top 1000 US names, at its peak usage the name ranked #167 in baby names list. Thanks to Ambrose's consistency around 8256 or 0.002309% people in US wear this male name.

Expression number of Ambrose is 1.

Ambrose loves adventure and independence and possess determination and originality. Ambrose generally leads and direct others and likes to establishes their individual identity. Strong personality and solid nature, are often made of sportsmen and athletes. Their strength lies in great sensitivity. Ambrose are adventurers who do not like the shackles of habit. Ambrose easily adapt to all kinds of situations. Ambrose are optimistic and chance often accompanies.

The classic boy name first appeared in 1880 when 32 babies had Ambrose as their first name, the baby name went as low as 22 in 1967. At peak, Ambrose was given to 209 (0.011%) boys in 1920 specifically in Pennsylvania where 28 babies were named Ambrose after continuous rising. After it's 137 years long run, Ambrose is currently rising in the chart.

Updated on: May 29th, 2019
How to choose a name for your baby
Other variants of Ambrose :Ambrosios Ambrosius Ambroos 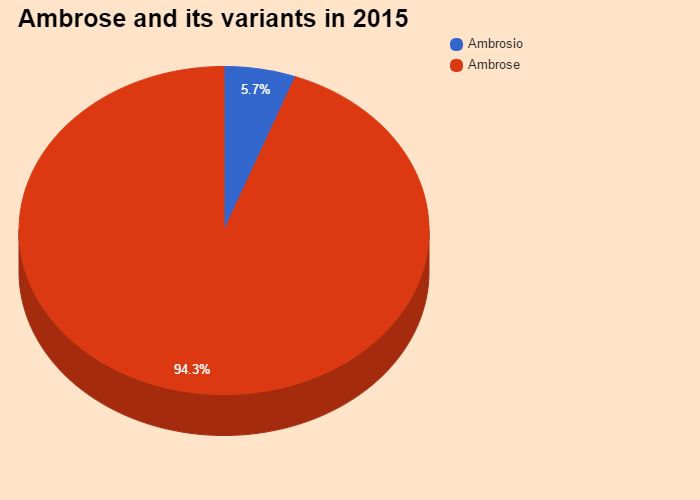 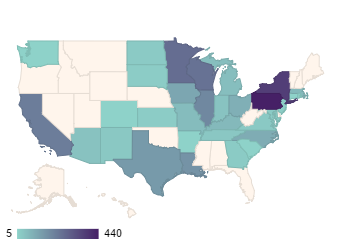