Amelia is baby girl name of Latin origin derived from the name Amalia which in turn is derived from the Germanic word Amal meaning "work". The name starts gaining its popularity in England after this name was given to the daughters of both George II and George III. Famous bearers of the name are renowned pilot Amelia Earhart and Amelia Presley who is a Finnish-American Singer-Songwriter. The name is also used as a several fictional characters like Amelia Bedelia, title character in books by Peggy Parish; Amelia Bones in the Harry Potter series and Amelia Sachs, character played by Angelina Jolie in the movie version of The Bone Collector written by Jeffrey Deaver.

Amelia is a very very popular first name for a girl in England & Wales which is popular since 1996 and ranked 1 in 2014. Around 58390 people wear Amelia as their first name. Amelia is a very consistent name over the past 18 years.

Expression number of Amelia is 5.

Amelia love adventure, excitement and freedom. Amelia are clever, quick-witted and unusually adaptable. Amelia are capable of doing anything they wish for.

Popularity of Amelia Updated on: July 9th, 2019
How to choose a name for your baby
Other variants of Amelia :Amalija 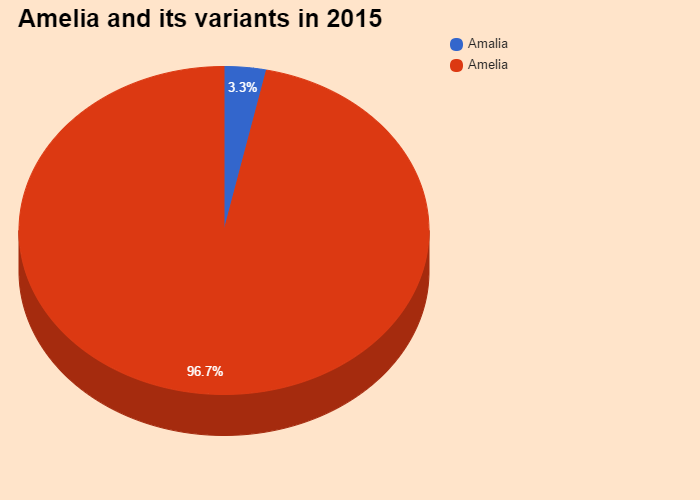 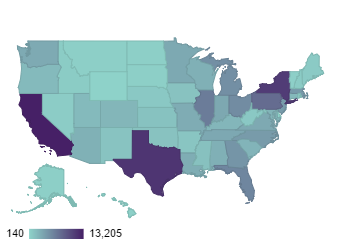