Name: Amora No. of characters: 5 Gender: Girl Origin of Amora: Unknown
How to pronounce Amora a-mo-ra What does my name mean? Meaning of Amora: Little Love

Other names similar to Amora: Girl name Ahliana that is odd name while Sherree came from Hebrew, Old Greek and Old English, Sherree is variant form of Sherry used as a girl name. United States is among the countries where the name is quite a bit common. In 1955, famed Sherree ranked 824 among girl names. Baby girl name Amatallah. It means "Servant of God". Its origin is in Arabic with similar Am- prefix. Jiras origin is African-Swahili, a girl name. It means "Related Family". Whitmoor is a form of Whitmore and a boy name and originated from English.

Expression number of Amora is 3.

Amora are lively, imaginative, enthusiastic and optimistic. Amora are expressive and inspire others wherever they go. Amora possess great verbal skills which make them good comedian, artist or writer.

The girl name first appeared in 1984 when 5 babies had Amora as their first name, the baby name went as low as 5 in 1993. At peak, Amora was given to 411 (0.022%) girls in 2017 specifically in California where 22 babies were named Amora after continuous rising. After it's 33 years long run and 3 instances of disappearance, Amora is currently rising in the chart. 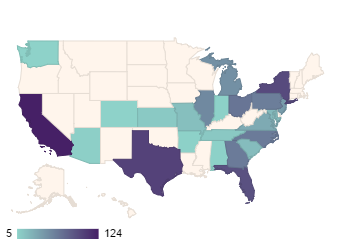