Expression number of Amos is 3.

Amos are lively, imaginative, enthusiastic and optimistic. Amos are expressive and inspire others wherever they go. Amos possess great verbal skills which make them good comedian, artist or writer.

Names that rhyme with Amos Almos, Avitamos, Cosmos, Delmos, Demos, Gerasimos, Maximos, Ramos, Thamos, ThomosFamous people named Amos
Mickey Ramos in Solitary 4.0 as Producer
Maria Ramos in Justiça as Director
Yarel Ramos in Stand Up to Cancer as
Sandra Samos in Pornografia as Actress
Cassie Ramoska in June, Adrift as Actress
Venus Ramos in Episode #1.7 as
Alessandra Ramos in The Dawn as Actress
Beatriz Ramos in El bruto as Actress
Tatiana Papamoschou in Ifigeneia as Actress
Sharon Amos in The Hard Corps as Actress
Amos Alonzo Stagg was a college coach of American nationality in multiple sports, mainly of American soccer, being an athletic pioneer.
Amos Arikha is notable for his acting in movie Lacking a Homeland
Names like Amos Amos Namesakes Related Names: Arabic: Ahmad, Hebrew:Aymoss, English: Amoricah, Amorika, Amoryca (Variation of Amorica, Ancient Name for Britain), Amorycka, Amoryka, French: Aimes, Amess, Aymes, Amoreta, Amorete, Amorit, Amoritte, Other: Aymos (A deriative of the, German, and Amos), Amys (Variation of the, German, and Amos), Amus , Amous (Noble Friend, Diminutive of Alvin), Amoss, Amose, Amoka (A deriative of the, German, and Amos), Amsterdam , Ames (Noble Friend, Diminutive of Alvin) Comments :Amos is a first male of Hebrew origin meaning "one who is in charge of a burden". It is derived from the Hebrew. עמוס amos - "strong, bearing the burdens." The patron of this name is Amos, one of the twelve minor prophets, whose name is called one of the books of the Bible - the Book of Amos. In the English language is used since the Protestant Reformation and was popular among the Puritans, while in Italy is centralized in Emilia-Romagna, Lombardy and Tuscany. Linguistic variants of the name are Icelandic : Amos, Spanish : Amós, Polish : Amos, Hebrew : עמוס ( Amowts ). - Britteny Viviano 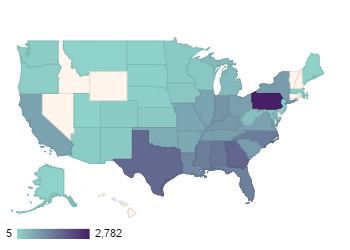