Name: Anabel No. of characters: 6 Gender: Girl Origin of Anabel: Spanish
How to pronounce Anabel a-na-bel What does my name mean? Meaning of Anabel: Combination of Anna and Belle, Beautiful, Graceful, Easy to Love, Spanish short form of Annabella (meaning: graceful beauty).

Anabel was ranked 769 in 1993 list of US boys name and dropped by 0.26% from its previous ranking of 767 in 1991. Anabel was ranked 846 in 2018 US female names list and elevated by 0.12% from its previous ranking of 847 in 2017. First name derived from Anne. Comes from the Hebrew "hannah" means "graceful" If party July 26.. Intelligent, extremely intuitive,Anabeljudge people a first glance and rarely wrong. Passionate, dynamic, voluntary, refusing mediocrity,Anabelare somewhat authoritarian and possessive. Anabel do not lack heart qualities, devoting themselves lavishly. Their charm and kindness facilitate their success.

Anabel is a rare first name for a girl in England & Wales which is a rare name since 1996 and ranked 940 in 2014. Only 410 people have Anabel as their first name. Anabel is a very consistent name over the past 18 years.

Expression number of Anabel is 8.

Anabel has the potential to attain power and authority in their life. Anabel are skilled and efficient who enjoys rivalries and Anabel does not back away from working hard to achieve what they have resolved in their mind

Popularity of Anabel Updated on: May 29th, 2019
How to choose a name for your baby
Other variants of Anabel :Quanna Ane 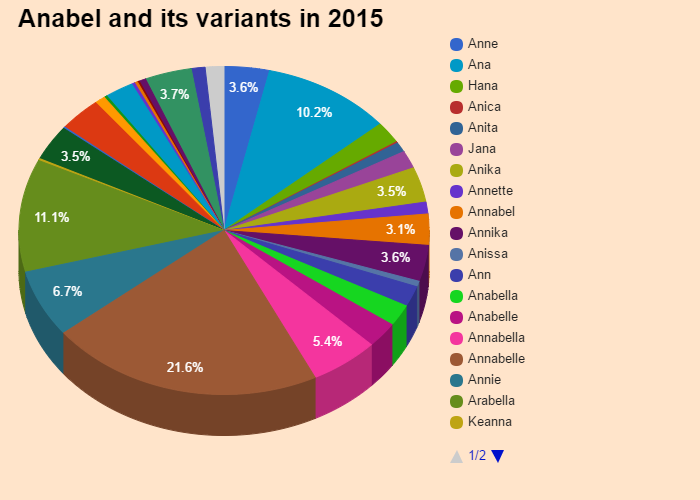 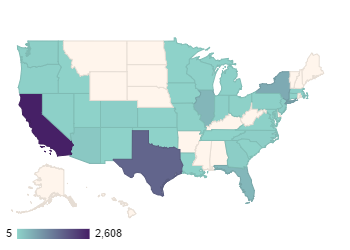