Name: Anabela No. of characters: 7 Gender: Girl Origin of Anabela: Portuguese
How to pronounce Anabela a-na-be-la What does my name mean? Meaning of Anabela: Noble, Of the Nobility, Protector

Anabela was ranked 944 in 2018 US female names list and elevated by 1.15% from its previous ranking of 955 in 2017. First name derived and Portuguese form of Anne. Comes from the Hebrew "hannah" means "graceful" If party July 26.. Intelligent, extremely intuitive,Anabelajudge people a first glance and rarely wrong. Passionate, dynamic, voluntary, refusing mediocrity,Anabelaare somewhat authoritarian and possessive. Anabela do not lack heart qualities, devoting themselves lavishly. Their charm and kindness facilitate their success.

Anabela is a rare first name for a girl in United States which is a rare name since 1970 and ranked 946 (0.000581% bearer) in 2015 in US. Only 452 people have Anabela as their first name. Anabela is not a native United States and Anabela may be came from another language or is a short form of some other name. 0.000126% of people in US have this given name.

Expression number of Anabela is 9.

Anabela are idealistic who embrace the principles of compassion and forgiveness. Anabela are visionary who is wiling to make a better world and have the ability to influence masses. Anabela are also creative and imaginative that gives them an artistic talent.

The girl name first appeared in 1970 when 5 babies had Anabela as their first name, the baby name went as low as 5 in 1976. At peak, Anabela was given to 32 girls in 2014 after continuous rising. After it's 47 long run and having 2 instances of disappearance, Anabela is on a fall in the chart.

Updated on: May 29th, 2019
How to choose a name for your baby
Other variants of Anabela :Quanna Ane 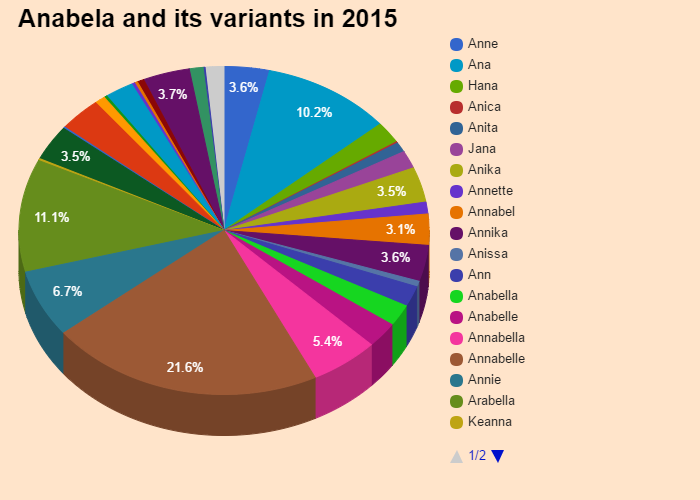 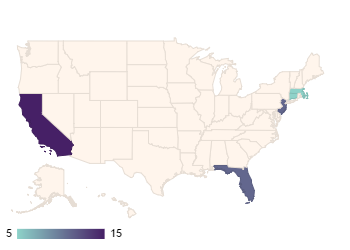