Name: Anabeth No. of characters: 7 Gender: Girl Origin of Anabeth: Unknown
How to pronounce Anabeth a-na-bet(h), an-abe-th , What does my name mean? Meaning of Anabeth: God is Gracious, God has Shown Favour, God is My Oath, Variant of Anne

Anabeth is a rare first name for a girl in United States which is a rare name since 1998 and ranked 958 (0.000278% bearer) in 2015 in US. Only 158 people have Anabeth as their first name. Anabeth is not a native United States and Anabeth may be came from another language or is a short form of some other name. 0.000044% of people in US have this given name.

Do you like Anabeth? Other names you would love: Boy name Taben, Taben is form of Taban and originated from African. Girl name Anaitis has its origin in Old Persian. Anaitis is variation of Anahita with same Ana- prefix. Contemporary boy name Aniketh. Its meaning is "Homeless, Lord Shiva or Lord of All" which is used notably in Bengali, Marathi and Gujarati. Boy name Bernadino which is unorthodox name while Boy name Trevin. Its meaning is "Trevor or Kevin" has its roots in Welsh and Cornish. Famed in USA and United States. In 1987, darling Trevin was the 968th most popular name on baby boy chart.

Expression number of Anabeth is 6.

Anabeth have a great affection towards creativity, beauty and domestic activities of life. Anabeth are trustworthy, honest and behave responsibly. Anabeth have tendency to sacrifice their needs for others'.

The girl name remained continuously rare, the baby name went as low as 6 in 2002 after first appearing in 1998 when 11 babies had Anabeth as their first name. At peak in 2014, Anabeth was given to 27 girls after a sudden jump. Anabeth had a 19 years long run and 3 instances of disappearance. 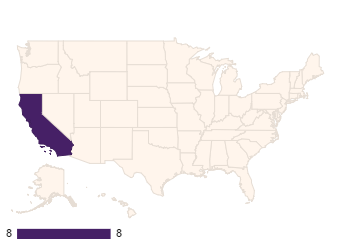