Anna is a feminine name and comes from the Hebrew and Greek name Hannah meaning gracious or full of grace. The meaning of Anna is grace and beautiful. Anna is a name that is used all across the globe in several countries, as well as its root names, which are Anne and Ann. Anne, for example, is hugely popular among Christians as Saint Anne was the Virgin Mary’s mother. In today’s society, there are a number of successful women called Anna, including the American actress and singer Anna Kendrick, the Russian tennis player Anna Kournikova and the Canadian born Actress Anna Paquin.

Anna was ranked 912 in 2018 list of US boys name and dropped by 1.00% from its previous ranking of 903 in 2017. Anna was ranked 53 in 2018 girls names list in US and remain unchanged from its previous ranking in 2017. First name derived from Anne. Comes from the Hebrew "hannah" means "graceful" If party July 26.. Intelligent, extremely intuitive,Annajudge people a first glance and rarely wrong. Passionate, dynamic, voluntary, refusing mediocrity,Annaare somewhat authoritarian and possessive. Anna do not lack heart qualities, devoting themselves lavishly. Their charm and kindness facilitate their success.

Anna is a very very popular first name for a girl in England & Wales which is popular since 1996 and ranked 70 in 2014. Around 21845 people wear Anna as their first name. Anna is a very consistent name over the past 18 years.

Expression number of Anna is 3.

Anna are lively, imaginative, enthusiastic and optimistic. Anna are expressive and inspire others wherever they go. Anna possess great verbal skills which make them good comedian, artist or writer.

Popularity of Anna Updated on: June 26th, 2019
How to choose a name for your baby
Other variants of Anna :Quanna Ane 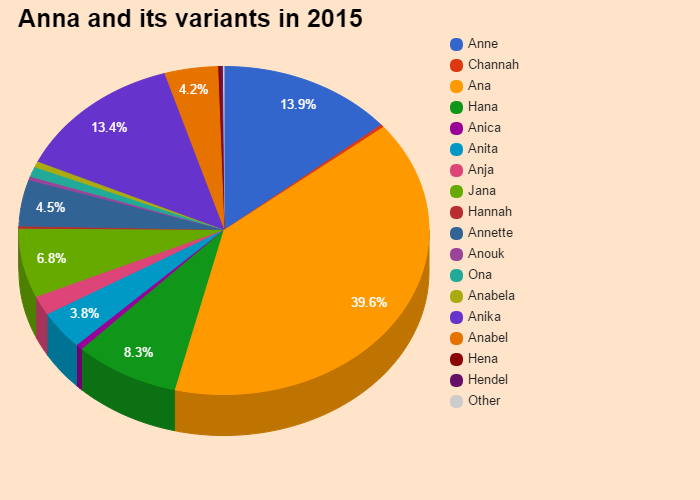 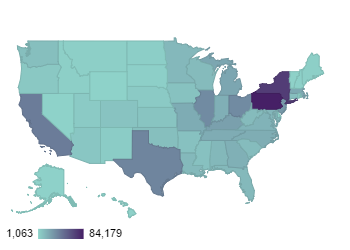