Annabella was ranked 510 in 2018 list of US girls name and dropped by 19.16% from its previous ranking of 428 in 2017. First name derived from Anne. Comes from the Hebrew "hannah" means "graceful" If party July 26.. Intelligent, extremely intuitive,Annabellajudge people a first glance and rarely wrong. Passionate, dynamic, voluntary, refusing mediocrity,Annabellaare somewhat authoritarian and possessive. Annabella do not lack heart qualities, devoting themselves lavishly. Their charm and kindness facilitate their success.

Expression number of Annabella is 8.

Annabella has the potential to attain power and authority in their life. Annabella are skilled and efficient who enjoys rivalries and Annabella does not back away from working hard to achieve what they have resolved in their mind

The classic girl name first appeared in 1912 when 5 babies had Annabella as their first name, the baby name went as low as 5 in 1919. At peak, Annabella was given to 1270 (0.068%) girls in 2014 specifically in California where 174 babies were named Annabella after continuous rising. After it's 105 long run and having 16 instances of disappearance, Annabella is on a fall in the chart.

Updated on: May 29th, 2019
How to choose a name for your baby
Other variants of Annabella :Quanna Ane 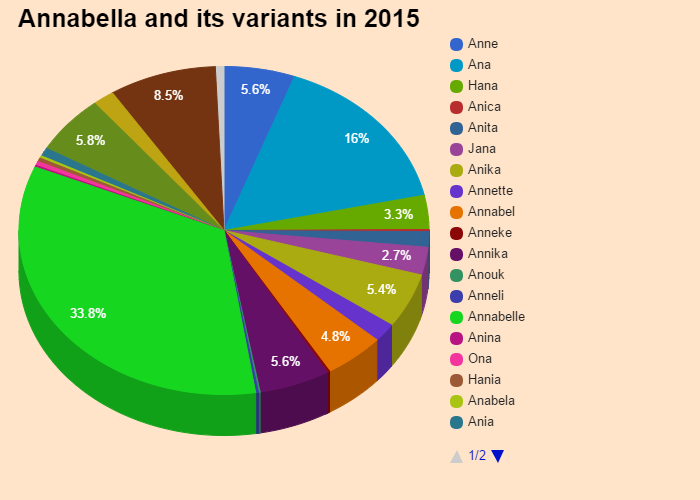 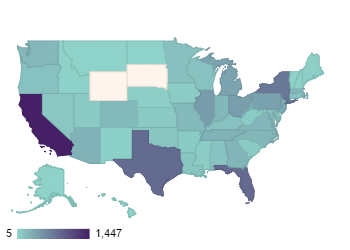