Name: Anni No. of characters: 4 Gender: Girl Origin of Anni: Hebrew
Religion: Hindu How to pronounce Anni an-ni, ann-i , What does my name mean? Meaning of Anni: God is Gracious, Variant of Hebrew Hannah, Favor, Grace, God has Shown Favour, Ornament, He (God) Was Gracious, Ornoment

Looking for a name like Anni? Please go through the following names: Meaning of Vesta is Hearth or Similar to the Greek, a unisex name which originated from Greek and Latin. In Denmark, Finland and Norway, the name is quite a bit loved. Preeminent Vesta ranked at 430 position in 1920 in baby girl names list. Originated from Old Norse, Gunný, Gunný is a combination of GUNN NY and is a baby girl name. Anniefrid is variant form of Annifrid aimed at girls which is used mainly in Swedish with similar An- beginning while Baby boy name Laquintin. It is rooted from English-American that is queer name. Unisex name Toni. It means "Who Eats Flower" has its roots in Greek and Latin Journalist Toni is noteworthy namesake. Name is celebrated on January 17.

Expression number of Anni is 2.

Anni are diplomatic, sensitive and kind. Anni act as peacemaker and their intent is to make a balance among things. Anni likes to make friends and follow their intuition.

The classic girl name remained continuously rare, the baby name went as low as 5 in 1943 after first appearing in 1932 when 5 babies had Anni as their first name. At peak in 2001, Anni was given to 20 girls after continuous rising. Anni had a 85 years long run and 10 instances of disappearance.

Updated on: May 29th, 2019
How to choose a name for your baby
Other variants of Anni :Quanna Ane 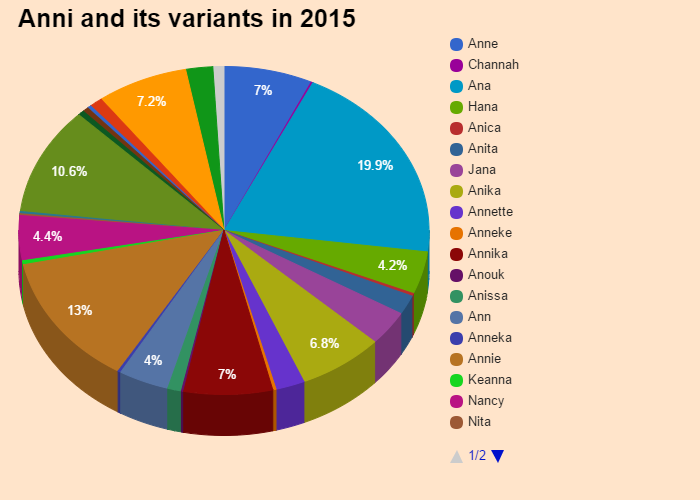 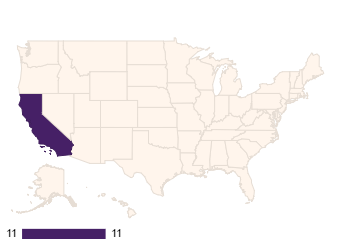