Name: Ashish No. of characters: 6 Gender: Boy Origin of Ashish: Unknown
Religion: Hindu Sikh How to pronounce Ashish as-his(h), ash-i-sh , What does my name mean? Meaning of Ashish: Friend of the People, The People's Friend, Exile, Voyager, Benediction, Blessings

Ashish is a rare first name for a boy in England & Wales which is not even used by anyone since 2010. Only 83 people have Ashish as their first name.

Expression number of Ashish is 1.

Ashish loves adventure and independence and possess determination and originality. Ashish generally leads and direct others and likes to establishes their individual identity.

The boy name first appeared in 1968 when 7 babies had Ashish as their first name, the baby name went as low as 6 in 2011. At peak in 2000, Ashish was given to 32 boys after continuous rising. Ashish had a 47 years long run and an instance of disappearance, the baby name has finally dropped out of the chart. 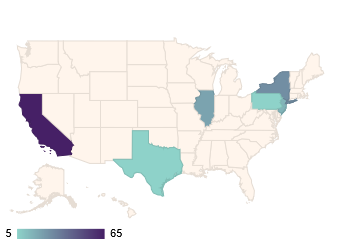