Name: Aurora No. of characters: 6 Gender: Girl Origin of Aurora: Latin
How to pronounce Aurora au-ro-ra What does my name mean? Meaning of Aurora: Dawn

Baby name Aurora is originated from the Latin aurora meaning "dawn" The name was borne in the Roman mythology by the goddess of dawn and by the princess in the popular fairy tale Sleeping Beauty. A famous bearer of the name is Aurora Arias (born 1962) who is a Dominican Republican writer, journalist and astrologer. Another notable bearer of the name is Aurora Miranda da Cunha Richaid who was a Brazilian singer and actress. Her main film includes The Three Caballeros, where she danced with Donald Duck and José Carioca, singing the song, "Os Quindins de Yayá". Aurora Hawthorne is also the title character name in Aurora the Magnificent which is a novel written by Gertrude Hall.

Aurora is the name we choose to honor the Roman goddess of the morning, but beside the splendid sound of it, Aurora means much more, as the light in its core carries a bright future for the one who is called by it. Whether you decide on it for the Latin meaning or the fact that it is a light bringer, universal in its core, Aurora still remains as a name magical before anything else, and plus, it still isn’t as common, as it is considered a partly bohemian name, which some parents still avoid for numerous range of superstitions.

Aurora is a rare first name for a girl in England & Wales which is a rare name since 1996 and ranked 200 in 2014. Only 1242 people have Aurora as their first name. Aurora is a very consistent name over the past 18 years.

Expression number of Aurora is 11.

Aurora have high energy levels, just like a child. Aurora are highly sensitive and possess a high sense of awareness. Aurora are gifted with a sixth-sense, in addition to discerning and inspiring qualities.

Popularity of Aurora Updated on: December 4th, 2019
How to choose a name for your baby
Other variants of Aurora :Aurore 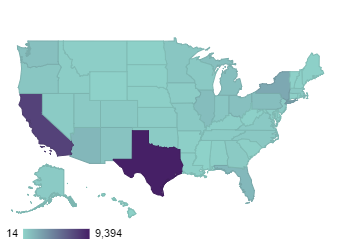