Name: Ava No. of characters: 3 Gender: Unisex Origin of Ava: Unknown
How to pronounce Ava a-va What does my name mean? Meaning of Ava: Voice, Call, Satellite Communication, Alive, Living, The Enlivening, Power, The Word Avis with the Meaning Bird

Baby name Ava is a female given name of uncertain origin. It may be originated as a variation of the medieval names Avis or Aveline or it might be a phonetic variation of Eva and Evelyn, or a form of the Hebrew Chava. The name starts gaining its popularity after American actress Ava Gardner who starts her film carrier in 1941. Saint Ava was also the name of a 9th-century princess who was a daughter of Pepin II of Aquitaine and later on became a Benedictine nun. Another famous bearer of the name is Ava Alice Muriel Astor was an American heiress, socialite and daughter of JohnJacob Astor IV and Ava Lowle Willing.

Ava is a very very popular first name for a girl in England & Wales which is popular since 2004 and ranked 6 in 2014. Around 27109 people wear Ava as their first name. Ava is a very consistent name over the past 18 years.

Expression number of Ava is 6.

Ava have a great affection towards creativity, beauty and domestic activities of life. Ava are trustworthy, honest and behave responsibly. Ava have tendency to sacrifice their needs for others'. 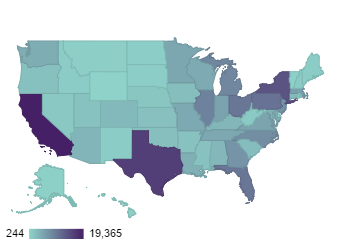