Name: Ayesha No. of characters: 6 Gender: Girl Origin of Ayesha: Arabic
Religion: Hindu Muslim Sikh How to pronounce Ayesha a-ye-sha What does my name mean? Meaning of Ayesha: Hazelnut, Variant of Medieval Given Names Avis and Aveline, Life, Life Giver, Desire, Bird, Daughter of the Prophet, Woman, Life, Aisha was the Name of the Favourite Wife of the Prophet Mohammed, Small One

Ayesha is a very consistent name over the past 18 years.

Expression number of Ayesha is 5.

Ayesha love adventure, excitement and freedom. Ayesha are clever, quick-witted and unusually adaptable. Ayesha are capable of doing anything they wish for.

The girl name first appeared in 1950 when 6 babies had Ayesha as their first name, the baby name went as low as 5 in 1963. At peak, Ayesha was given to 177 (0.009%) girls in 2016 specifically in New York where 32 babies were named Ayesha after continuous rising. After it's 67 years long run and single instance of disappearance, Ayesha is currently rising in the chart.

Updated on: May 29th, 2019
How to choose a name for your baby
Other variants of Ayesha :Iesha Aisha 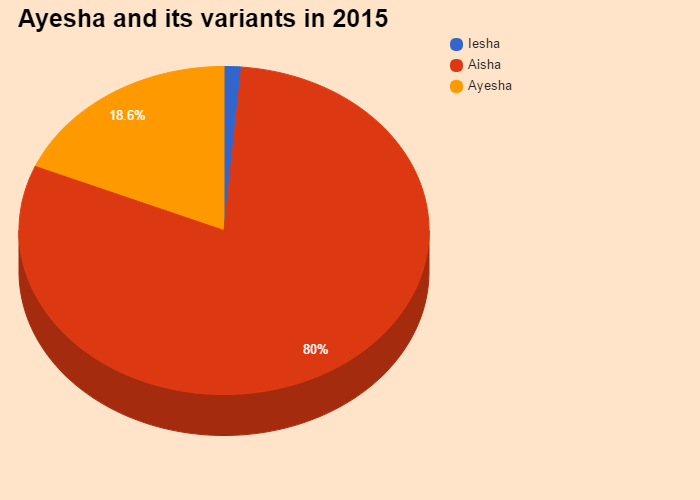 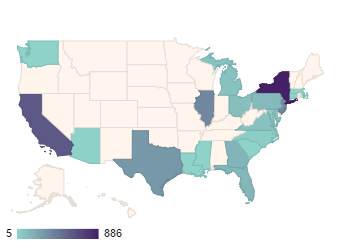