Aziz was ranked 856 in 2018 US male names list and elevated by 0.58% from its previous ranking of 861 in 2017. Name of Arab origin. Means "very honored". These are enthousiates leaves. From ambitious nature,Azizlike order. Intelligent, voluntary, critical thinking,Azizknow to convince. Aziz are stubborn things, combative and social success is their main engine. Their moral is quite flexible in terms of their interests. In love,Azizare direct and few patients.

Expression number of Aziz is 8.

Aziz has the potential to attain power and authority in their life. Aziz are skilled and efficient who enjoys rivalries and Aziz does not back away from working hard to achieve what they have resolved in their mind

Updated on: May 29th, 2019
How to choose a name for your baby
Other variants of Aziz :Aziz 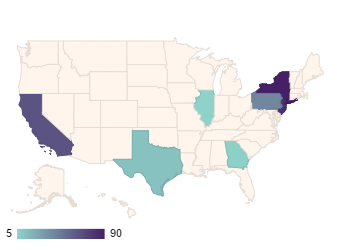