Name: Bella No. of characters: 5 Gender: Girl Origin of Bella: English
How to pronounce Bella be-lla What does my name mean? Meaning of Bella: God is Perfection, Or: God is My Oath, God Protects My House, Beautiful

Baby name Bella is a given name as well as a surname of Italian origin and meaning is "beautiful". It is derived as short form of various names ending in bella. Few famous namesakes are Bella Freud who is the granddaughter of psychoanalysis inventor Sigmund Freud and Bella Savitsky Abzug who is a famous American political figure and a leader of the 20th century women's movement. Bella Gesser is also the name of an Israeli chess player holding the title of Woman Grandmaster and who is known for winning the Israel Women's Chess Championship in 2004. Bella Dawson is also the protagonist name of the Nickelodeon television series Bella and the Bulldogs.

Looking for names similar to Bella? Please go through the following names: The boy name Begla, used mainly in Old Norse. Begla is Old Norse cognate of Bæglir with same Be- prefix. Long standing Maple is originated from English and a unisex name meaning "The Tree Whose Sap is Distilled Into Sweet Syrup". In United States, the name is pretty eminent. In 1902, eminent Maple was the 936th most popular name on list of baby girl names while moms may find the sufficiently quirky Delaini appealing which is rooted from Old French and a gender insensitive name. The baby girl name Tehila that means "Praiseworthy". Baby boy name Rafaelle, Rafaelle is variant form of Raphael which originated from Hebrew.

Expression number of Bella is 5.

Bella love adventure, excitement and freedom. Bella are clever, quick-witted and unusually adaptable. Bella are capable of doing anything they wish for.

Popularity of Bella Updated on: September 18th, 2019
How to choose a name for your baby
Other variants of Bella :Zabel 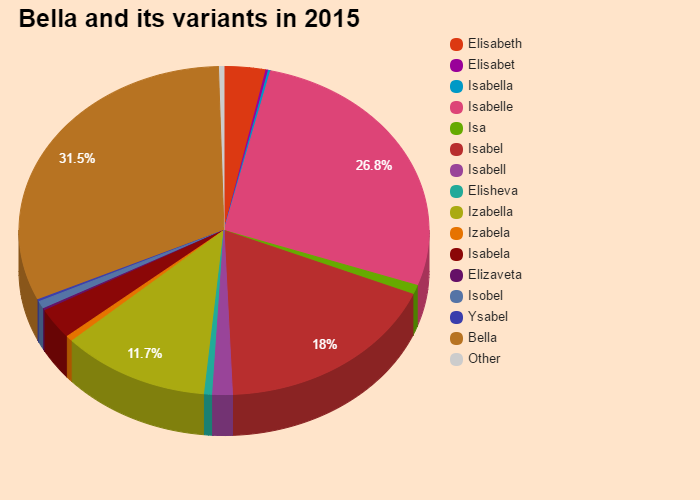 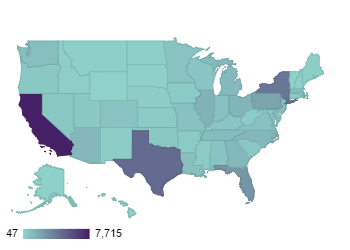