Baby name Benjamin is derived from the Hebrew name Binyamin meaning "son of the south, son of the right hand" which in turn is composed of elements ben meaning "son" and yamin meaning "right hand, south". In the Old Testament, this is the name of the twelfth and youngest son of Jacob and Rachel. He was one of the founders of twelve tribes of Israel and originally named as Ben-'oni by his mother Rachel and which later on it was changed to Benjamin by his father. Few famous bearers of the name are Benjamin Franklin, one of the Founding Fathers of the United States; Benjamin (Khazar), the ruler of the late 9th and early 10th centuries and Benjamin Tee, Singaporean scientist and innovator.

Benjamin was ranked 6 in 2018 boys names list in US and remain unchanged from its previous ranking in 2017. Benjamin was ranked 929 in 2018 US female names list and elevated by 3.13% from its previous ranking of 959 in 2017. Comes from the Hebrew "ben yamin" Means: "son of the right" party in March 31.. Rather reserved by nature,Benjaminprefer tranquility to the hectic life. Benjamin are precise, methodical, even maniacal. These are quiet, adoring reading and music. Home-loving enough,Benjaminare excellent family men, attentive to the children and their education. Intelligent and inquisitive,Benjaminare interested in everything.

Do you like Benjamin? Other names you would love: Girl name Mirjami has its origin in Hebrew. Mirjami is derived from Miriam. The boy name Johnrobert that is isolated name. Bennetta has its origin in Latin is a girl name. Bennetta is variant of Benetta with similar Ben- prefix. Baby girl name Yazmín. It means "Jasmine". It is rooted from Old Persian which is also the name of Politician Yazmin. The name is quite a bit Frequently Used in Mexico. While Originated from Old English, Contemporary Everleigh that means "From Ever's Meadow or Boar Wood" is a unisex name. Prominent Everleigh ranked at 713 position in 2014 among girl names.

Expression number of Benjamin is 5.

Benjamin love adventure, excitement and freedom. Benjamin are clever, quick-witted and unusually adaptable. Benjamin are capable of doing anything they wish for.

Names that rhyme with Benjamin Alamin, Amin, Banjamin, Bejamin, Bemjamin, Benajamin, Bengamin, Benhamin, Beniamin, Bennjamin, Benyamin, Binyamin, Cinnamin, Damin, Dayamin, Enjamin, Hamin, Jamin, KaminFamous people named Benjamin
Liese Benjamin in Hercule Poirot's Christmas as Actress
Brittany Benjamin in The Scientist as Actress
Roxanne Benjamin in V/H/S/2 as Actress
Paris Benjamin in Space Shuttle Atlantis: Pre-Show as Actress
Julia Benjamin in Who's in Charge Here? as Actress
Elizabeth Benjamin in The Man in the Morgue as Writer
Prentiss Benjamin in Hard Four as Actress
Floella Benjamin in Run Fatboy Run as Actress
Lucy Benjamin in Episode #2.2 as Actress
Jaida-Iman Benjamin in The Unusual Suspects as Actress
Benjamin Apthorp Gould was the initiator of observational astronomy and meteorology in the Argentine Republic.
Benjamin Bratt in movie Traffic as Actor
Names like Benjamin Benjamin Namesakes Related Names: Biblical: Jamin, Hebrew:Ben, Benny, Benjy, Benjie, Benji, Benjameena, Benjamyna, Benyameana, Benyameena, Benyamina, Benyamyna, English: Benj , French: Benjamine, Greenlandic: Benjamini (Greenlandic form of Benjamin), Scottish: Beathan (Life), Other: Benjaman (Right-hand Son, Similar to Benedict), Benjamen, Benjamon, Benjiman (Highborn, Brilliant, Intelligent, Noble), Benjimen, Benejamen (Right-hand Son, Similar to Benedict), Benjamino, Benjamina (Female form of Benjamin), Benjaminas (Lithuanian) , Benjaminjoseph (Right-hand Son, Similar to Benedict, Blessed), Benjammin , Benjamyn, Posts having Benjamin:
10 Names with a Presidential Flair
The A to Z of 2016s Top Boys Names
What's In A Name: A Beginner's Guide to Baby Naming Considerations
From the Vaults: 1991's Top 10 Baby Names
2016's Big Risers
Comments :Benjamin is a male first name and a reknown surname. In Hebrew it means "son of my right hand" or "Child of Fortune", "son of luck", "son of consolation". First mention finds the name in letters under the king Sin-Kasid of Uruk (1801-1771 BC..), The "King of Amnanum" called and Amorite tribal confederation of "biNu-Jamina" (single name "Binyamin"; Akkadian "Mar-Jamin") was one. the name means "sons / son of the South" and is linguistically as a precursor to the Old Testament name "Benjamin" in the context. He called their youngest of 12 sons of Jacob, the as progenitors of the Twelve tribes of Israel are: Benjamin (Bible). The final interpretation follows the self-declaration of Gen from 35.16 to 20, after which the father Jacob had named his youngest so when his mother Rachel died giving birth. A derived from the Bible meaning is "the youngest" because Benjamin was the youngest of the twelve sons of Jacob. Thus, the same is often the youngest member as at the presentation in some groups or families our Benjamin called, even if the common or a different name. In the Middle Ages , it was traditionally given to the child whose mother had died in childbirth. In early seventies, the name Benjamin was quickly gaining popularity in Germany after he was hardly ever used before. In the eighties, it was several times among the top ten most awarded boy name. Since then, its popularity has declined somewhat. Except in the German-speaking area of the first name occurs especially in English, French and Dutch speaking countries. Variants: Ben, Bin, Benjy, Benji, Benny, Beni, Benni, Bennie, Bennian, Binjamin, Binyamin (Hebrew), Beniamino (Italian), Benjaminas , Benas (Lithuanian), Beniamin (Romanian), Veniamin, Wenjamin (Russian) Benjamín (Spanish) Bünyamin (Turkish) - Antonina Kmetz

Popularity of Benjamin Updated on: July 11th, 2019
How to choose a name for your baby
Other variants of Benjamin :Binyamin 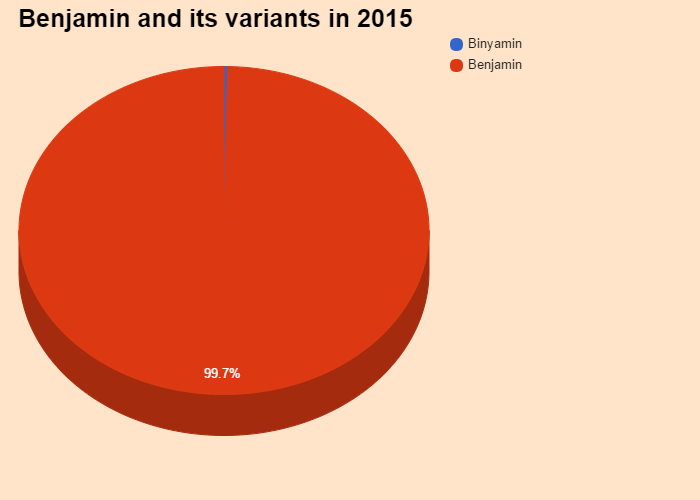 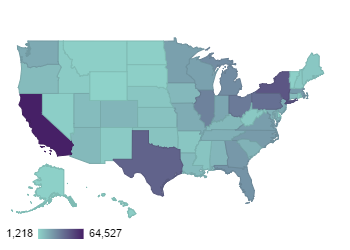