Name: Blossom No. of characters: 7 Gender: Girl Origin of Blossom: English
How to pronounce Blossom blo-ssom What does my name mean? Meaning of Blossom: Fresh, Flower-like

Blossom is a rare first name for a girl in England & Wales which is a rare name since 1996 and ranked 446 in 2014. Only 647 people have Blossom as their first name. Blossom is a very consistent name over the past 18 years.

Expression number of Blossom is 5.

Blossom love adventure, excitement and freedom. Blossom are clever, quick-witted and unusually adaptable. Blossom are capable of doing anything they wish for.

The classic girl name first appeared in 1882 when 5 babies had Blossom as their first name, the baby name went as low as 5 in 1890. At peak, Blossom was given to 102 (0.005%) girls in 1925 specifically in New York where 61 babies were named Blossom after continuous rising. After it's 135 years long runand 3 instances of disappearance, Blossom is currently rising in the chart. 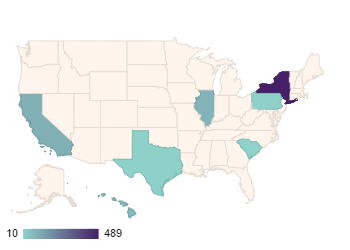