Name: Boden No. of characters: 5 Gender: Boy Origin of Boden: Unknown
How to pronounce Boden bo-den What does my name mean? Meaning of Boden: Majestic, Dignity, Grandeur, Great, Magnificent, Worthy of Respect, Holy, A Old Monk, Brother of Rama

Do you like Boden? Other names you would love: Meaning of Aurélien is Golden or Or which originated from Latin, a boy name with similar -en ending. Originated from Latin and English, Venerable Violetta is a girl name that means "Purple or Small Purple Flowers" is also the name of Singer-songwriter Violetta. Popular in Norway and Finland. Name is celebrated on October 5th. Famous Violetta ranked at 793 position in 1884 on baby Girl chart. Rhodyna is originated from Old Greek, Rhodyna is form of Rhoda bestowed upon baby girls. Originated from Germanic, Boudewijn, Boudewijn is variant of Baldwin used for boys while Girl name Kaziya is anomalous name.

Expression number of Boden is 22.

Boden are persistent and possess leadership abilities. Boden dream big and so are their achievements in real world. Boden can transform any idea into reality which make them a master builder equipped with ingenuity and innovation.

The boy name first appeared in 1987 when 7 babies had Boden as their first name, the baby name went as low as 6 in 1996. At peak in 2015, Boden was given to 210 (0.011%) boys after continuous rising specifically in California where 27 babies were named Boden. Boden had a 30 years long run and 2 instances of disappearance. 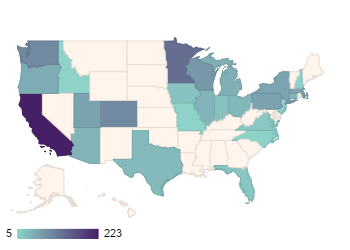