Name: Bodey No. of characters: 5 Gender: Boy Origin of Bodey: Unknown
How to pronounce Bodey bo-dey What does my name mean? Meaning of Bodey: Bird, Variant of Byrd, Like a Bird, Unusual Nature Name

Bodey was ranked 891 in 2018 boys names list in US and remain unchanged from its previous ranking in 2017.

Expression number of Bodey is 6.

Bodey have a great affection towards creativity, beauty and domestic activities of life. Bodey are trustworthy, honest and behave responsibly. Bodey have tendency to sacrifice their needs for others'.

The boy name first appeared in 1992 when 5 babies had Bodey as their first name, the baby name went as low as 5 in 1993. At peak, Bodey was given to 41 boys in 2010 after continuous rising. After it's 25 long run and having an instance of disappearance, Bodey is on a fall in the chart. 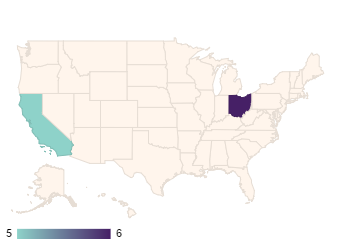