Name: Brena No. of characters: 5 Gender: Girl Origin of Brena: Celtic
How to pronounce Brena bre-na, br-ena , What does my name mean? Meaning of Brena: Little Raven, Fiery Hill, Burning, Sword-blade, Beacon on the Hill, Feminine of Brendan, Sword, Torch, Flame, Struggle, Fire, Prince, Hill, The Word Braon Which is of the Meaning Tear Drop

Brena is one of the rare but sweet name for girl, the name is still used since its first appearance in 1950. Thanks to Brena's consistent usage, around 812 females have been given this name which is around 0.00207% of United States population. Brena is able to stick around so long as it is considered to be a variant of many popular English and Irish first names like Brianna, Brenda and Brennan. You can also use Brenn or Bren to name a boy.

Other names liked by would be moms that are similar to Brena: The girl name Timberlyn is outlandish name, used majorly in English. Germanic name Brawn used as a baby boy name. Brawn is version of Braun with same Br- prefix while Dax means A Town in South-western France Dating from Before the Roman Occupation, Who is Aware In All Thing Always or Water, originated from Old French and Old Norse aimed at both sexes. In 2011, loved Dax was the 709th most popular name on baby boy names chart. Originated from Hebrew, Chaniena, Chaniena is variant of Chanina is a girl name. Sreeram's meaning is Lord Rama or Lord Ram aimed at boys and is used commonly in Marathi, Gujarati and Hindi is also the name of Actor Sreeram. In India, the name is quite a bit well-known.

Expression number of Brena is 22.

Brena are persistent and possess leadership abilities. Brena dream big and so are their achievements in real world. Brena can transform any idea into reality which make them a master builder equipped with ingenuity and innovation.

The girl name first appeared in 1950 when 6 babies had Brena as their first name, the baby name went as low as 5 in 1957. At peak, Brena was given to 36 girls in 2007 after continuous rising. After it's 67 long run and having 5 instances of disappearance, Brena seems to be bidding a farewell. 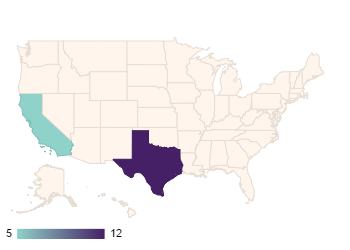