Brian is an Irish baby boy name of uncertain origin. The name may be derived from an old Celtic element bre meaning "hill" or from brîgh meaning "valor, strength". The name was borne by Brian Boru who was a semi-legendary Irish king and thwarted Viking attempts to conquer Ireland in the 11th century. A famous bearer of the name is Brian Peter George Eno who was an English musician, record producer, visual artist, and theorist and best known for his pioneering work in music and contributions to rock, pop, and electronica. Brian O'Conner is also a fictional character name in The Fast and the Furious series which is played by Paul Walker.

Brian is a very consistent name over the past 18 years.

Expression number of Brian is 8.

Brian has the potential to attain power and authority in their life. Brian are skilled and efficient who enjoys rivalries and Brian does not back away from working hard to achieve what they have resolved in their mind

Names that rhyme with Brian Aadrian, Aarian, Abian, Abrian, Adarian, Adian, Adorian, Adreian, Adrian, Aerian, Ahian, Aian, Aidian, Aidrian, Airian, Ajavian, Akadian, Aladrian, Alexian, AlianFamous people named Brian
Brianna Bazler in The Impaler as Actress
Brianne Benitz in Miracle Man as Actress
Brianna Hazard in Stunt C*cks as Actress
Brianna Belladonna in Doppelgangers as Actress
Brianna Young in Blend as Actress
Brianna Love in Steam Kings as Actress
Briana Michaud in Frog and Wombat as Actress
Brianna Mazzola in The Greys as Actress
Jess O'Brian in Horrendous Nascency as Actress
Brianna Gardner in Room 733 as Producer
Brian Keith was an American theatrical, cinematographic and television actor.
Brian Blessed in movie Star Wars: Episode I - The Phantom Menace as Actor
Names like Brian Brian Namesakes Related Names: Irish: Bryant (Virtuous, He Ascends, Strength, High Hill), English: Bryan, Bryony (Climbing Plant, Vine with Small Blossoms), Other: Brye , Brien (Courageous Raven, Bold Raven), Bryon (Celtic) (Right-hand Son, Similar to Benedict, Hill), Bryen (One who Brews Ale, Brewer), Bryent , Palaina (A deriative of the, Gaelic, and Irish Brian), Briant (One who Brews Ale, Brewer), Brain (From the Valley of the Boar), Brayan (Celtic), Breon, Bridget (Celtic), Briana (Celtic), Brianah (Beverage Brandy, Sweet Nectar, Name of a Liquor), Brianalee, Brianamarie, Briananthony (Broad Hillside), Brianca, Briance, Briand (Danish variant spelling of Brian), Brianda, Briandra (Beverage Brandy, Sweet Nectar, Name of a Liquor), Briane (One who Brews Ale, Brewer), Briani (Beverage Brandy, Sweet Nectar, Name of a Liquor), Briania, Brianica, Brianie (One who Brews Ale, Brewer), Brianka (Hilltop, Variant of Brent), Briann (Strong, She Ascends, Female Version of Brian) Posts having Brian:
Twin Baby Names Compilation
What's in a name? Strength, Power, Courage, and More!
A rose by ANY other name
Comments :Brian is a male first name of Irish origin. We celebrate that name on 18 December. The name Brian has bri meaning "authority", "elevation" or "nobility" root which is also located in Briac and Brieuc and in the Proto-Brythonic brigonos (Gallic brigo ). Brian is a name that comes from a Celtic root. Brian means "The great strength" or even "Strong". This name is quite common in English - speaking countries. The name was also common in England and Scotland by Irish immigrants. It is persistently popular in Ireland because of the warrior and the High King Brian Boru (940-1014), who repelled the Vikings in ' XI century and perished in the Battle of Clontarf , but it was already common in Ireland before, and it became even more so after. Was introduced in England in the Middle Ages by settlers from Brittany, but later became rare, and then be widely taken up in the twentieth century. The Bryant variant derived from a surname derived in turn from Brian, while the name Bree can occasionally result from an abbreviation of Brianna variant. Speaking of the female form, the original one, Briana, was rarely used until the 1970s , when it began to spread rapidly, giving rise also to a number of variants. Variants and derived forms: Brayan, Brayane, Brayann, Briand, Briac, Bryan, Brett, Brajan and Bryann or Bryant (Kobe, NBA), and the female form Briana, Brianna, Brianne, Briagenn, Brivaëlle and Bryana - Sarah Loredo 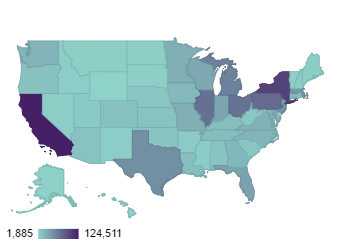