Name: Bryant No. of characters: 6 Gender: Boy Origin of Bryant: Old Irish
How to pronounce Bryant brya-nt What does my name mean? Meaning of Bryant: Virtuous, He Ascends, Strength, High Hill

Bryant is an extremely rare boy name used only once in 2012 over a span of a decade which is not even used by anyone since 2012. Only 3 people have Bryant as their first name. Bryant is not a native England and Whales name and Bryant may be a short form of some other name or came from some other language .

Expression number of Bryant is 8.

Bryant has the potential to attain power and authority in their life. Bryant are skilled and efficient who enjoys rivalries and Bryant does not back away from working hard to achieve what they have resolved in their mind

Names that rhyme with Bryant Adyant, Brayant, Jayant, Labryant, Obryant, RyantFamous people named Bryant
Dana Bryant in Slumber Party as Actress
Julia Gaddy Bryant in JR's Masterpiece as Actress
Ursaline Bryant in ...All the Marbles as Actress
Amanda Bryant in Mother Daughter Exchange Club 24 as Actress
Martha Bryant in Broken as Actress
Lisa Muse Bryant in Black Cadillac as Miscellaneous Crew
Joyce Bryant in East Side Kids as Actress
Kristen Bryant in Dirty Grandpa as Actress
D'Andrea Bryant in Nothing But Trouble as Actress
Virginia Bryant in In His Eyes as Actress
Bryant Dunston Bryant Kevin Dunston Jr. is an American basketball player who currently belongs to the squad of Anadolu Efes S.K.
Bryant Byers is the composer of short Earth Day
Names like Bryant Bryant Namesakes Related Names: English: Bryan, Bryanie, Bryone, Bryonea, Bryoneah, Bryonee, Bryoni, Bryonie, Brytnea, Bryttine, Other: Briant (One who Brews Ale, Brewer), Bryent , Brian (Celtic), Brygett (Celtic), Brygitka (Celtic), Brynelle (Celtic) Posts having Bryant:
Baby Names Inspired by Hobbies
Baby names influenced by food
12 Baby name trends for 2020
Comments : Bryant is a last name and first name male from the Anglo-American world and also a variant of its name Brian. Brian is a proper name of person English and Irish men. The Bryant variant derived from a surname derived in turn from Brian, while the name Bree can occasionally result from an abbreviation of Brianna variant. Speaking of the female form, the original one, Briana, was rarely used until the 1970s, when it began to spread rapidly, giving rise also to a number of variants. The name Bryant was introduced in England in the Middle Ages by settlers from Brittany, but later became rare, and then be widely taken up in the twentieth century. Variants f the name are Bryan, Brion, Bryon, Brianna, Breana, Breann, Breanna, Breanne, Brianne, Bryana, Bryanna, Bryanne. - Iola Seidel 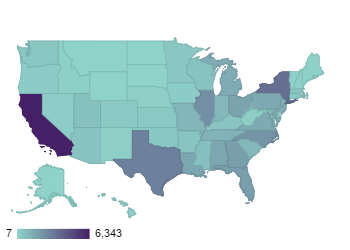