Name: Caelin No. of characters: 6 Gender: Unisex Origin of Caelin: Unknown
How to pronounce Caelin cae-lin, ca-el-in , What does my name mean? Meaning of Caelin: Sorry, the meaning of Caelin is not available yet. Please visit later...

Caelin is a variation of Caitlin. The name Caitlin is of the Irish origin which was derived from an Old French name 'Katlin' which came from 'Catherine'. The name Caitlin is associated with the meaning, 'pure one'. The name was first mentioned in the Irish legend. According to legend, it's said that during a famine in Ireland, a beautiful countess offered her soul to the devil in exchange for food. After her death, the devil came to collect his due but God interceded and took Cathleen to heaven as he was impressed with her act of sacrificing her life to feed the starving ones.

Caelin is very very rare boy name with few occurences i.e., 2007, 2010, during the decade which is not even used by anyone since 2010. Only 6 people have Caelin as their first name. Caelin is not a native England and Whales name and Caelin may be a short form of some other name or came from some other language .

Expression number of Caelin is 8.

Caelin has the potential to attain power and authority in their life. Caelin are skilled and efficient who enjoys rivalries and Caelin does not back away from working hard to achieve what they have resolved in their mind 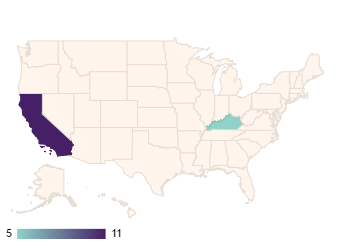