Name: Cassius No. of characters: 7 Gender: Boy Origin of Cassius: Latin
How to pronounce Cassius ca-ssius What does my name mean? Meaning of Cassius: Empty, Vain

Cassius is a rare first name for a boy in England & Wales which is a rare name since 1996 and ranked 381 in 2014. Only 892 people have Cassius as their first name. Cassius is a very consistent name over the past 18 years.

Parents who liked Cassius, loved these names: Girl name Hassina. Its meaning is "Very Beautiful or Beneficent" has its roots in African-Swahili and Arabic languages. Girl name Abygaile that is odd name while Kenna is shortened form of Kenelm aimed at both sexes which originated from Celtic Musical artist Kenna is noteworthy namesake. In Denmark and Sweden, the name is quite a bit well-known. Celebrated on July 17th. Cherished Kenna ranked at 842 position in 2010 among girl names. Ämilius's meaning is Wetteifernde or Inspired By An Ancient Roman Sex which is used mainly in Latin with same -ius suffix. Neoteric baby boy name Casius has its roots in Latin. Casius is version of Cassius.

Expression number of Cassius is 1.

Cassius loves adventure and independence and possess determination and originality. Cassius generally leads and direct others and likes to establishes their individual identity. 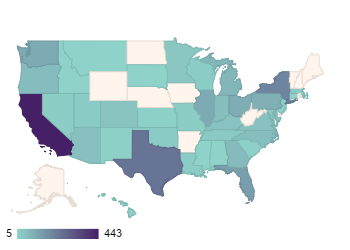