Name: Caterina No. of characters: 8 Gender: Girl Origin of Caterina: Old Greek
How to pronounce Caterina ca-te-ri-na What does my name mean? Meaning of Caterina: The Pure

Caterina was ranked 899 in 2018 US female names list and elevated by 1.32% from its previous ranking of 911 in 2017. Catherine Italian form. Comes from the Greek "kataros" Means "pure" If party November 25 and April 29.. Humility is not their quality. Smart, a morality foolproof,Caterinaare aware of their value. Very emotive,Caterinaare often nervous and "bite" also beautiful angry. Active, self-confident, serious,Caterinaare stubborn and will not give up easily. Caterina often have luck.

Caterina is a rare first name for a girl in England & Wales which is a rare name since 1996 and ranked 4003 in 2014. Only 154 people have Caterina as their first name. Caterina is a very consistent name over the past 18 years.

Caterina is a rare first name for a girl in United States which is a rare name since 1904 and ranked 925 (0.001111% bearer) in 2015 in US. Only 2530 people have Caterina as their first name. Caterina is not a native United States and Caterina may be came from another language or is a short form of some other name. 0.000708% of people in US have this given name.

Expression number of Caterina is 8.

Caterina has the potential to attain power and authority in their life. Caterina are skilled and efficient who enjoys rivalries and Caterina does not back away from working hard to achieve what they have resolved in their mind

Updated on: May 29th, 2019
How to choose a name for your baby
Other variants of Caterina :Aikaterine 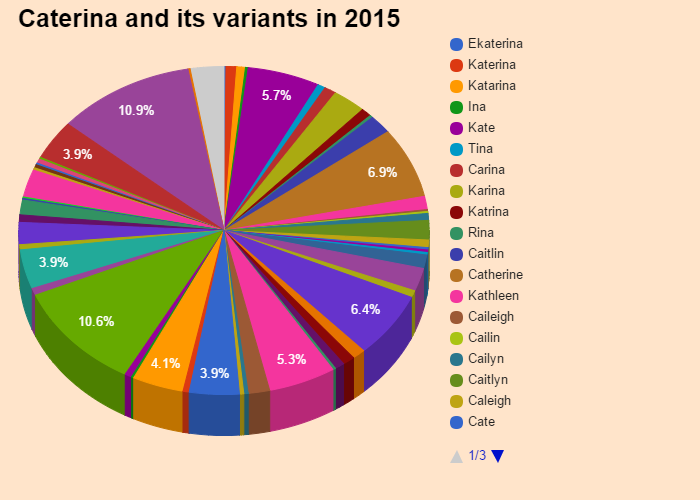 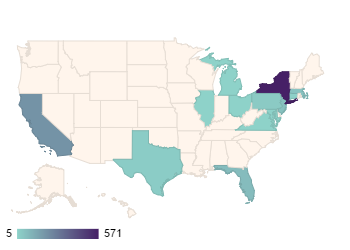