Name: Chad No. of characters: 4 Gender: Boy Origin of Chad: Old English
How to pronounce Chad chad What does my name mean? Meaning of Chad: Of Great Love, Warrior, Warlike, Name of a Saint, Fierce, Man, Battle

Chad was ranked 679 in 2018 US male names list and elevated by 2.72% from its previous ranking of 698 in 2017. Chad was ranked 938 in 2004 list of US girls name and dropped by 8.56% from its previous ranking of 864 in 1996. Comes from the Celtic "kad" Means: "fight" If Day 2 March.. The robust nature and strong personality,Chadare authoritarian and do not like to submit. Lively, impulsive, intelligent,Chadgive themselves fully to whatChaddo. Eager, loving change, it is difficult to sit still. Ambitious, aggressive, morals happens after their interests. Chad have business acumen.

Expression number of Chad is 7.

Chad likes to research and reason to know the answers of hidden questions as Chad are gifted with an analytical mind. Chad are always on the quest for knowledge and wisdom and loves being alone.

Popularity of Chad Updated on: May 29th, 2019
How to choose a name for your baby
Other variants of Chad :Ceadda 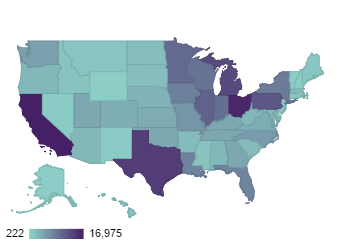