Well, while Charlotte tops the charts ever since a royal decided it to be a proper name, we take a step back to see what it is that makes Charlotte so special. Without a doubt, it is a royalty of it that brought Charlotte to the crowds, but the fact that it represents strength as well as theme of freedom is what we find to be exquisite, and the fact that it will always be a name worthy of a princess is only a bonus. Charlotte may be hard to spell but it still is the sweetest name out there.

Charlotte was ranked 909 in 2018 list of US boys name and dropped by 0.55% from its previous ranking of 904 in 2017. Charlotte was ranked 6 in 2018 US female names list and elevated by 14.29% from its previous ranking of 7 in 2017. Comes from the Germanic "karl" Means: "strong, vigorous" If party July 17.. Charming, attractive, loving the toilet and always in fashion, a frivolous anything,Charlottehave a weakness for luxury and money. Dynamic, efficient, enthusiastic, ambitious workers, luck is on their side and oftenCharlottedo well in life. Nothing stops them whenCharlottehave set a goal. In love, charm made them take risks.

Expression number of Charlotte is 3.

Charlotte are lively, imaginative, enthusiastic and optimistic. Charlotte are expressive and inspire others wherever they go. Charlotte possess great verbal skills which make them good comedian, artist or writer.

Popularity of Charlotte Updated on: May 29th, 2019
How to choose a name for your baby
Other variants of Charlotte :Charlize 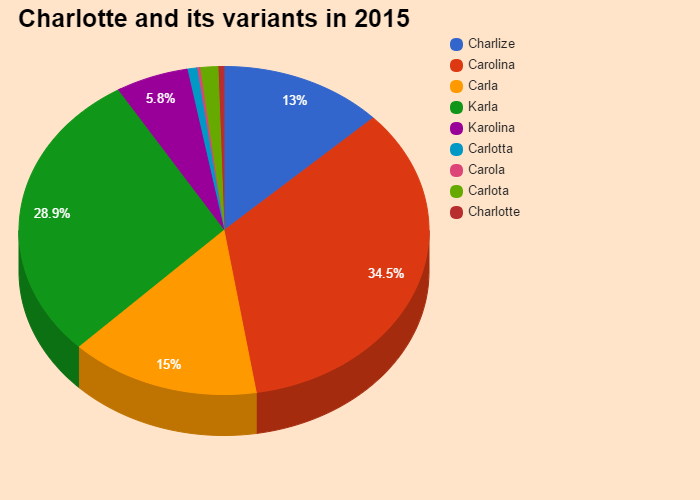 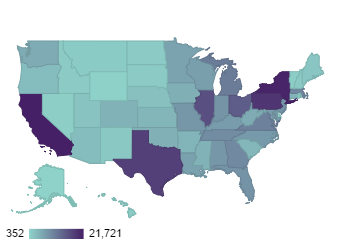