Name: Ciara No. of characters: 5 Gender: Girl Origin of Ciara: Old Irish
How to pronounce Ciara cia-ra What does my name mean? Meaning of Ciara: Black Like a Raven, Dark, Black, Tipperary, Bright, Clear, The Bla

Baby name Ciara is an Irish female name derived from ciar menaing "black". It is the feminine form of of the name Ciarán meaning "dark-haired". The early bearer of the name is Saint Ciara who was an Irish nun. She established a monastery at Kilkeary in the 7th century and her prayers saved an Irish town from a foul smelling fire. Her feast day is March 15. Another notable bearer of the name is Grammy award-winning singer, songwriter, record producer, and performer Ciara who released her first album in 2004, second in 2006. Ciara Porter is also the name of fictional character in J. K. Rowling crime fiction novel The Cuckoo's Calling.

Ciara is a very very popular first name for a girl in England & Wales which is popular since 1997 and ranked 373 in 2014. Around 5041 people wear Ciara as their first name. Ciara is a very consistent name over the past 18 years.

Expression number of Ciara is 5.

Ciara love adventure, excitement and freedom. Ciara are clever, quick-witted and unusually adaptable. Ciara are capable of doing anything they wish for. 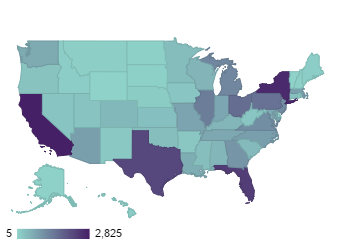