Name: Collette No. of characters: 8 Gender: Girl Origin of Collette: Unknown
How to pronounce Collette co-lle-tte What does my name mean? Meaning of Collette: Victory of the People, Necklace, Victorious, Variant of Nicolette, Victory and People, Nike Which Means Victory

Collette is a rare first name for a girl in England & Wales which is a rare name since 1997 and ranked 5691 in 2014. Only 186 people have Collette as their first name. Collette is a very consistent name over the past 18 years.

Collette is a rare first name for a girl in United States which is a rare name since 1898 and ranked 899 (0.001767% bearer) in 2015 in US. Only 6916 people have Collette as their first name. Collette is not a native United States and Collette may be came from another language or is a short form of some other name. 0.001935% of people in US have this given name.

Looking for a name like Collette? Please go through the following names: Baby girl name Jonnette, Jonnette is variation of Jonette has its roots in Hebrew. Girl name Jalise that is unexpected choice name Musical Artist Jalise is noteworthy namesake. Haslett means From the Headland with the Hazel Trees or Hazel-Tree Land which is rooted from English is a baby boy name. Colwynne is variation of Colwyn, rooted from Welsh language given to baby boys with same prefix Col- while Immutable gender insensitive name Yancy. Its meaning is "Englishman or Created Name" has its origin in American and Native. The name is fairly Prevailing in United States. In 1900, pleasing Yancy ranked 968 in baby boy names list.

Expression number of Collette is 11.

Collette have high energy levels, just like a child. Collette are highly sensitive and possess a high sense of awareness. Collette are gifted with a sixth-sense, in addition to discerning and inspiring qualities.

The classic girl name first appeared in 1898 when 5 babies had Collette as their first name, the baby name went as low as 6 in 1911. At peak in 1966, Collette was given to 189 (0.010%) girls after continuous rising specifically in California where 29 babies were named Collette. Collette had a 119 years long run and an instance of disappearance. 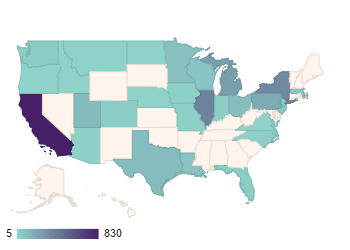