Corena is a rare first name for a girl in United States which is not even used by anyone since 2014. Only 1500 people have Corena as their first name. Corena is not a native United States and Corena may be came from another language or is a short form of some other name. 0.000420% of people in US have this given name.

Do you like Corena? You would love these names: Connor came from Old Irish and Celtic. It means "Hound, Exalted or Wise" given to both boys and girls. Among boy names, famous Connor was spotted at 57th position in 2008. Pameleena is version of Pamela used as a girl name has its origin in Old Greek language with same suffix -ena while The girl name Camellia which is infrequent name has its origin in English and Latin. United States is among the countries where the name is pretty widespread. Perpetual girl name Corinna. It means "Maiden, Virgin or Greek Poetess" has its origin in Old Greek language Author Corinna is a notable namesake. Celebrated on May 18th. Serendipiti came from English, Serendipiti is version of Serendipity bestowed upon baby girls.

Expression number of Corena is 11.

Corena have high energy levels, just like a child. Corena are highly sensitive and possess a high sense of awareness. Corena are gifted with a sixth-sense, in addition to discerning and inspiring qualities.

The classic girl name first appeared in 1893 when 8 babies had Corena as their first name, the baby name went as low as 5 in 1894. At peak in 1961, Corena was given to 32 girls after continuous rising. Corena had a 123 years long run and 10 instances of disappearance, the baby name has finally dropped out of the chart. 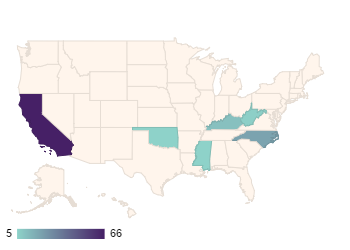