Name: Cyani No. of characters: 5 Gender: Girl Origin of Cyani: Unknown
How to pronounce Cyani cya-ni What does my name mean? Meaning of Cyani: Heroine, Renowned Battle, Famous Warrior

Cyani is a rare first name for a girl in United States which is not even used by anyone since 2012. Only 60 people have Cyani as their first name. Cyani is not a native United States and Cyani may be came from another language or is a short form of some other name. 0.000017% of people in US have this given name.

Go through the following names for names similar to Cyani: Royalle is version of Royale bestowed upon baby girls, rooted from English. Baby boy name Cyndeyrn has its roots in Welsh meaning "Chief Lord or Head Chief" starting with same Cy-. Stefani is originated from Old Greek and a baby girl name meaning "The Crowned or The Crowned" which happens to be the name of Musical Artist Stefani. The name is pretty Preeminent in sweden and usa. Shyann is form of Cheyenne and a baby girl name. It is rooted from Dakota. In 2007, darling Shyann was the 844th most popular name on baby girl names chart while Recardo is odd name given to baby boys.

Expression number of Cyani is 7.

Cyani likes to research and reason to know the answers of hidden questions as Cyani are gifted with an analytical mind. Cyani are always on the quest for knowledge and wisdom and loves being alone.

The girl name remained rare, the baby name went as low as 5 in 2001 after first appearing in 1998 when 6 babies had Cyani as their first name. At peak, Cyani was given to 9 girls in 2007 but just came and gone from the chart after 4 instances of disappearances durning 9 years. 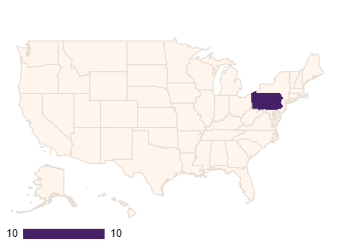