Baby name Dawn is a female given name which is originated from the English word dawn meaning "the first appearance of light, daybreak" which ultimately is derived from Old English dagung. A famous bearer of the name is Dawn Marie Best-Eshleman who is an American comic book artist and known for her work in the Archie Comics version of Sonic the Hedgehog. Another notable bearer of the name is Dawn Marie (born 1970) who is an American former professional wrestler and former WWE Diva and she is best known for her appearances with Extreme Championship Wrestling (ECW). Dawn Summers is also a character name in the popular television and comic book series Buffy the Vampire Slayer.

The name that took us by surprise with its simple modern yet sweet sound, Dawn is one of the names that was adapted to English rather than left alone, and while it is officially a version of “Aurora”, when it comes to the phonetic value the difference is more than obvious. Dawn does represent the end of a certain era, and the birth that comes after the long night, but apart from the newly composed value, Dawn is also made popular by the Game of Thrones, as many take the symbols from this show as an inspiration for a name.

Expression number of Dawn is 6.

Dawn have a great affection towards creativity, beauty and domestic activities of life. Dawn are trustworthy, honest and behave responsibly. Dawn have tendency to sacrifice their needs for others'. 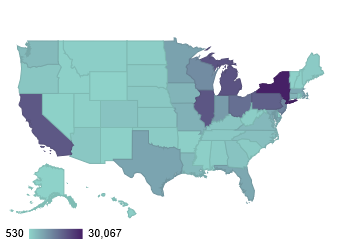