Name: Dera No. of characters: 4 Gender: Girl Origin of Dera: Unknown
How to pronounce Dera de-ra, der-a , What does my name mean? Meaning of Dera: A Bee, Form of Deborah

Dera is a rare first name for a girl in United States which is not even used by anyone since 2009. Only 439 people have Dera as their first name. Dera is not a native United States and Dera may be came from another language or is a short form of some other name. 0.000123% of people in US have this given name.

Parents who liked Dera, loved these names: Used especially in Turkish, Ecrin is a girl name which is unfamiliar name. Turkey is among the countries where the name is quite admired. Unisex name Corra, Corra is a derivation of Cora which originated from Old Greek with same suffix -ra while Girl name Ernestina. Its meaning is "Ernst, The Serious or Sincere" which originated from Germanic and Old High German is also the name of Film costumer designer Ernestina. Prevailing Ernestina ranked at 909 position in 1944 on baby girl names chart. Debby means Bee, came from Hebrew given to baby girls. Rogert is form of Rotgher chiefly used in Norwegian and Danish and a boy name.

Expression number of Dera is 1.

Dera loves adventure and independence and possess determination and originality. Dera generally leads and direct others and likes to establishes their individual identity.

The classic girl name remained continuously rare, the baby name went as low as 5 in 1897 after first appearing in 1893 when 5 babies had Dera as their first name. At peak, Dera was given to 16 girls in 1915 after continuous rising but vanished from the chart after 28 instances of disappearances durning 59 years. 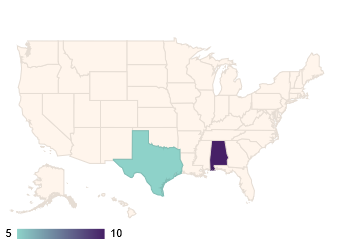