Name: Derry No. of characters: 5 Gender: Boy Origin of Derry: Irish
How to pronounce Derry de-rry What does my name mean? Meaning of Derry: Man from the Valley, Valley, Dev

Derry was ranked 924 in 2015 list of US boys name and dropped by 0.43% from its previous ranking of 920 in 2014. Derry was ranked 746 in 1973 US female names list and elevated by 4.48% from its previous ranking of 781 in 1970. Comes from the English "dear" Means: "dear, beloved" indefinite Day.. Bright and active temperament, optimistic, good humor is infectious. Their strong personality, natural authority, make them leaders of men. These are "hedonists" who like to enjoy everything that life gives them. Luck is often on their side. Imaginative, dreamers,Derrylove to fantasize. A little weak-willed,Derrywhoop ifDerryare passionate. In love,Derryenjoy the present moment without thinking of the possible consequences.

Expression number of Derry is 7.

Derry likes to research and reason to know the answers of hidden questions as Derry are gifted with an analytical mind. Derry are always on the quest for knowledge and wisdom and loves being alone.

Popularity of Derry
How to choose a name for your baby
Other variants of Derry :Diarmaid Diarmait Diarmuid Dermid 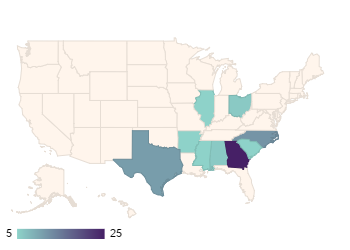