Name: Efrem No. of characters: 5 Gender: Boy Origin of Efrem: Unknown
How to pronounce Efrem e-frem What does my name mean? Meaning of Efrem: Doubly Fruitful, Double Fertile, Inspired By a Field Name

Go through the following names for names similar to Efrem: Baby girl name Alfryda. Its origin is in Old English. Alfryda is version of Alfreda. Kasem means Happiness and a baby boy name. Its origin is in Thai with same suffix -em. Boy name Quantrell that is atypical name. The girl name Efimia, Efimia is variant of Euphemia, originated from Old Greek while The perpetual girl name Delsie, used chiefly in English that means "Form of Dolores or Lady of Sorrows". United States is among the countries where the name is quite widely accepted. Prominent Delsie ranked at 872 position in 1905 on baby girl names chart.

Expression number of Efrem is 11.

Efrem have high energy levels, just like a child. Efrem are highly sensitive and possess a high sense of awareness. Efrem are gifted with a sixth-sense, in addition to discerning and inspiring qualities.

The classic boy name first appeared in 1926 when 5 babies had Efrem as their first name, the baby name went as low as 5 in 1946. At peak in 1959, Efrem was given to 85 (0.004%) boys after continuous rising. Efrem had a 89 years long run and 4 instances of disappearance, the baby name has finally dropped out of the chart. 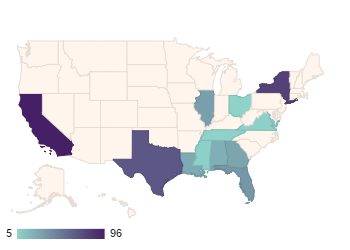