Name: Ella No. of characters: 4 Gender: Unisex Origin of Ella: Unknown
How to pronounce Ella e-lla What does my name mean? Meaning of Ella: Foreign, Beautiful Fairy Woman, True to All, Little Ash-girl, The Name of a Fairy-tale Heroine, Completely, Light, Torch, Bright Light, -Ella, Graziella, Gabriella, God with Us, My God is Perfect, the Other, Brilliant, Shining, Gothic, Complete

Baby name Ella is said to be originated as a short form of any name with the element ali meaning "other, foreign". The name was brought to Britain by Normans during the Norman Conquest. Some believe that it is taken from Greek mythology as this was the name of daughter of Athamas and Nephele. In Hebrew the meaning of the name Ella is "goddess". Few notable bearers of the name are Ella Fitzgerald, an Iconic singer; lla Hoag Brockway Avann, an American educator & writer; Ella Bully-Cummings, the first female police chief of Detroit and Ella Jenkins, an American folk singer. This is also the name of the lead character in the book Ella Enchanted.

Ella definitely is a number one pick when it comes to a shortcuts, as one can never know whether your daughter is named Ellen or Eleanor, or simply Ella. While Ella is certainly a modernized version of the previously mentioned names, we choose it for its profound meaning, as it means a fairy woman, and we all want our daughter to believe she is the fairy, as the positive energy that comes with those tales, according to the recent studies in this field, inspires children to be the as kind as they believe is expected from their idealized given name.

Ella is a very very popular first name for a girl in England & Wales which is popular since 1996 and ranked 16 in 2014. Around 48859 people wear Ella as their first name. Ella is a very consistent name over the past 18 years.


Ella is the wife of William Long Sword, brother of Richard the Lion heart, in the thirteenth century. During a storm, the ship that brought him back from Crusade in the Holy Land, he believes see Ella support of his hands the mainmast that threatens to break wind. Convinced that he was saved by his wife Ella, he decided not to deceive. Widowed in 1226, Ella founded a monastery in England. She died a holy death as abbess in 1261.

Parents who liked Ella, loved these names: Originated from Irish, Latin and Gaelic, Tully given to both boys and girls. Tully is variant of Tullia. Kacis origin is Old Greek, Old Irish and Arabic. It means "Severe or Similar to the Irish Name Casey" given to both sexes Soccer player Kaci is noteworthy namesake. Admired in United States and USA. In 1988, widespread Kaci ranked 624 on baby girl names chart while Boy name Zakye that is creative and adventurous name. Originated from Hawaiian, Keala aimed at both genders that means "The Path or The Elements Ke Meaning One the One" with similar -la ending. Elery is variant of Ellery bestowed upon baby boys. It is rooted from English.

Expression number of Ella is 3.

Ella are lively, imaginative, enthusiastic and optimistic. Ella are expressive and inspire others wherever they go. Ella possess great verbal skills which make them good comedian, artist or writer. 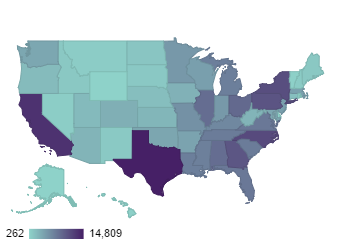